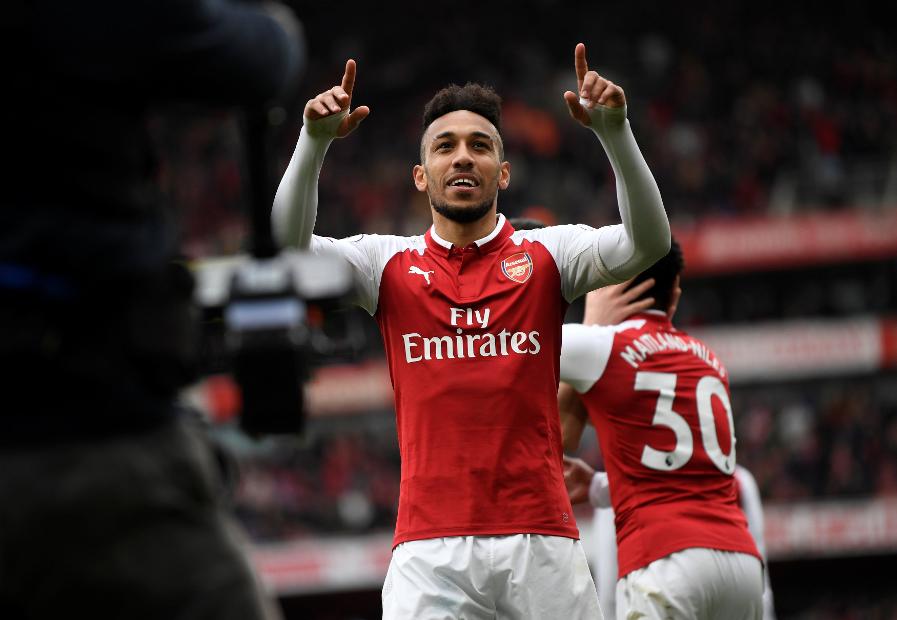 What does Aubameyang do on his days off? External Link
'I'm feeling better… my confidence is back' External Link
GW34 targets: Lukaku too good to ignore

The Arsenal striker can inspire an end-of-season surge for FPL managers.

The combination of the Gunners' strong fixtures and the uncertainty surrounding the injured Harry Kane (£12.7m) has already turned attention towards Aubameyang.

He is the second-most bought player ahead of Gameweek 32, attracting more than 143,000 new owners.

A secure starting role in the Premier League is crucial to his appeal.

So while manager Arsene Wenger manages his resources on two fronts, his star striker appears reserved for domestic action.

The Gabon international has made a promising start at Emirates Stadium, with three goals and an assist from five appearances.

Indeed, he has only failed to deliver FPL points in defeats to Tottenham Hotspur and Manchester City.

Since his debut in Gameweek 25, Aubameyang has recorded 11 shots from inside the penalty area; eight more than any team-mate.

Over that period, Aubameyang has had six big chances, chances where the receiving player is expected to score. Only Kane, with nine, has enjoyed more big chances among FPL forwards in that time.

Arsenal's next four matches all score only two in the Fixture Difficulty Rankings (FDR).

That begins with Sunday's home encounter with a Stoke City side who have won only one of their last eight matches.

The Stoke defence have conceded more shots (70) and shots from inside the penalty area (43) than any side over last four Gameweeks.

Arsenal will also have a Double Gameweek, where they play twice in one Gameweek, over the run-in, with a trip to Leicester City yet to be rescheduled.

That gives Aubameyang the opportunity to excel and challenge FPL's top strikers over the season run-in.