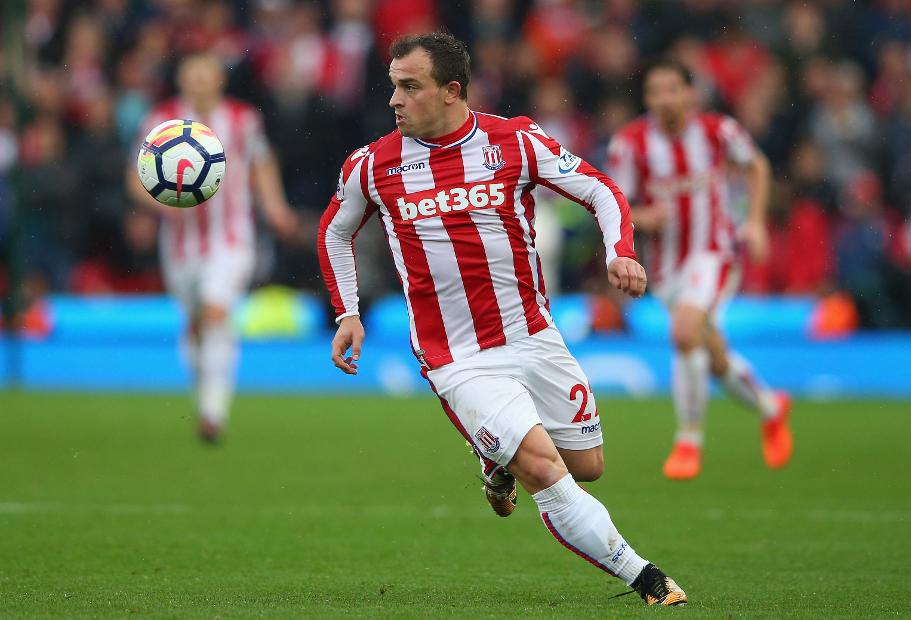 Stoke City midfielder is one of the most in-demand players for this weekend, and rightly so The Scout says

Battle for points External Link
How to use the Free Hit in Gameweek 31
GW31 Ones to watch: Junior Stanislas

The playmaker has never been so in demand in Fantasy.

With Stoke City's home meeting against Everton one of only four fixtures in Gameweek 31, Shaqiri is a major target for managers.

He is the second most-bought midfielder ahead of Saturday's 14:00 GMT deadline, with more than 63,000 managers transferring him in.

His ownership has now surpassed its previous peak of 749,000, reached in Gameweek 29.

The Swiss warrants that interest.

He has been directly involved in 13 Stoke goals this season, by far his most effective Premier League campaign since arriving in 2015/16.

A run of three goals in as many matches between Gameweeks 26 and 28 underlined his increased influence for the Potters.

He tops their ranks for both shots on target and chances created, with 27 and 65 respectively.

The home fixture with Everton gives Shaqiri the opportunity to grow his reputation in Fantasy.

Everton have lost each of their last five matches on the road, conceding 14 goals in the process.

In addition, no team have given up more big chances than Everton's 15 over the last four away matches.

Shaqiri is sure to be a vital ingredient of any Free Hit squad, so those managers without the chip need to consider bringing in the midfielder.

One of the most influential players on show in Gameweek 31, he is also one of the few with the potential to score big.