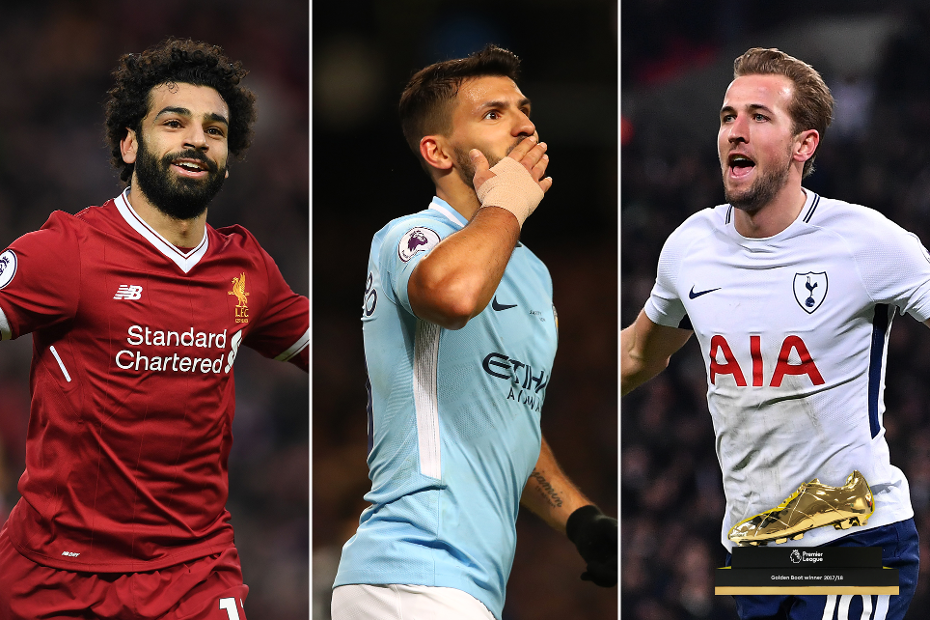 Looking at the remaining 11 fixtures for Harry Kane, Mohamed Salah and Sergio Aguero past form would suggest the Tottenham Hotspur striker will have the stronger run-in.

Kane has the best record of the three against the teams he will face before the season's end.

In his previous 57 appearances against his remaining opponents, Kane has 42 goals.

Among those are his favourite PL opponents, Leicester City, against whom he has netted nine times in only six outings.

Were he to replicate that it would take him to 31 for the season, equalling the competition record for the most goals scored in a 38-match season. That is jointly held by Alan Shearer, Cristiano Ronaldo and Luis Suarez.

In comparison, Salah has scored eight goals in 11 previous matches against his remaining opponents. Should the Liverpool winger match that rate, he would finish on 29 goals.

That would make Salah the highest-scoring runner-up in the history of the Premier League Golden Boot, eclipsing Robbie Fowler who lost out to Shearer in 1995/96 despite scoring 28 goals.

The fixture list looks to be toughest on Aguero, who averages 0.57 goals per match against his remaining opponents.

But, Aguero has a mammoth 10 goals in 12 appearances versus Spurs, so Kane may still need his team-mates to help his cause.

Looking at how the three fare in the final months of a season also bodes well for Kane.

The Spurs star is about to enter his best month in the Premier League, while Aguero heads into his worst.

In March, Kane has scored a goal every 67 minutes, his best rate out of all the months.

In comparison, Aguero has required more than three times as much time to register a goal on average in that month, scoring every 229 minutes.

If he is still in touch with the leaders by April, Aguero will be buoyant because he has scored 104 goals in that month, at a rate of one every 88 minutes.

This is Salah's breakout season in the Premier League and so it is harder to use past form to judge how he might finish.

But before moving to Liverpool he did end his seasons strongly in Serie A, scoring 15 goals in 36 appearances in March, April and May.

PL minutes/goal in past run-ins