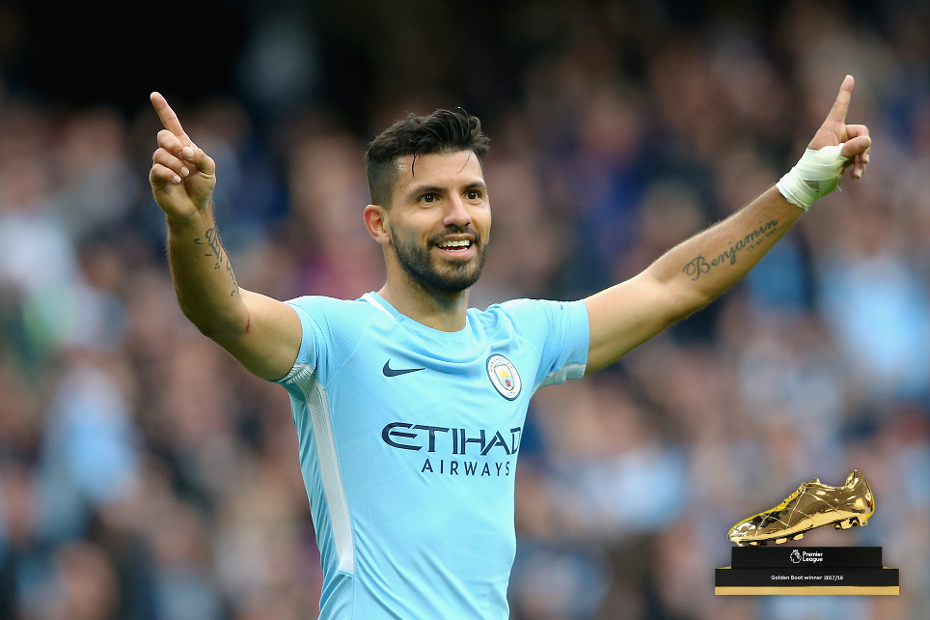 Who scores most frequently?

Looking more closely at the statistics behind the form of Harry Kane, Mohamed Salah and Sergio Aguero reveals that the Manchester City striker is the most ruthless, the Tottenham Hotspur man the most likely to have a shot and the Liverpool player the most profligate.

Aguero's 21 goals have come from the fewest minutes of the three. The City striker has played only 22 matches and has had four hours fewer of Premier League action than Salah and a full seven fewer than Kane.

The City man's goals have come once every 85 minutes, compared with Salah's one every 93 and Kane's goal every 95.

Kane is by far the player of the three who is most prepared to have a go at goal.

He averages almost six shots per match and his total of 150 is 47 more than Salah and 62 ahead of Aguero.

But the Spurs man is also the best of the three when presented with a chance he is expected to score.

Aguero's ability to fashion goals out of difficult chances means he enjoys the biggest difference between his actual goals and his expected goals (xG) scored.

Aguero's xG is 15.4 for the season, more than five lower than his actual 21 goals.

Salah has the next biggest difference, an xG of 17.8 compared with 22 actual goals, while Kane has scored more than 2.5 more goals than expected.