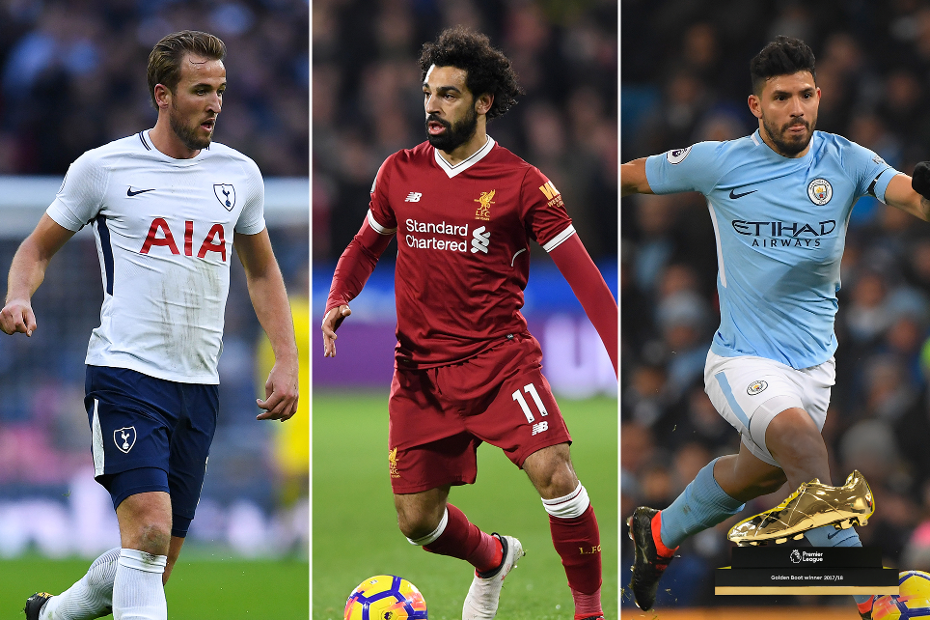 Harry Kane, Mohamed Salah and Sergio Aguero have all reached 20 goals in the fastest time in 22 years

The contest for the 2017/18 Premier League Golden Boot is developing into a three-horse race.

With his four goals against Leicester City last weekend Sergio Aguero joined Harry Kane and Mohamed Salah in scoring more than 20 this season, after just 27 matches.

It is the earliest into a season that three players have all reached that mark since 1995/96, when Alan Shearer, Robbie Fowler and Les Ferdinand did so.

Kane leads the way on 23 goals. The Tottenham Hotspur striker is aiming to become just the third player to win the Golden Boot in three consecutive seasons, after Shearer (1995-97) and Thierry Henry (2004-06).

A goal back lies Salah, who has exploded on to the scene in his debut season with Liverpool, and is aiming for his first Golden Boot.

Aguero, the previous winner of the trophy before Kane, put himself within two goals of the Spurs man with his quadruple for Manchester City last Saturday, taking his total to 21.

In a series of articles, we compare the three players' goalscoring feats and look at who might emerge as this season’s winner.