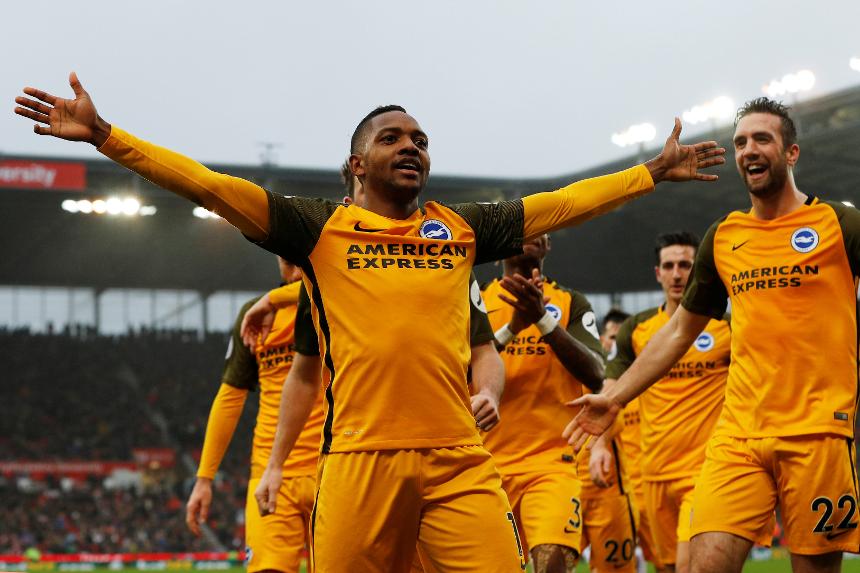 After playing the full 90 minutes just twice over the opening 24 Gameweeks, the Colombian has featured from start to finish in each of the last three matches.

Over those last two Gameweeks, only Alexis Sanchez (£11.8m) has produced more shots among FPL midfielders, by nine to seven.

But not even the Manchester United star can match Izquierdo’s four shots on target.

The summer signing from Club Brugge has provided the spark in a much-improved Brighton attack.

Meanwhile, their 132 shots from inside the penalty area are inferior in number only to Swansea, with 111, and Huddersfield Town's 126.

But over the last three Gameweeks, Brighton's 44 shots rank them fifth in the league, while their 28 attempts from inside the penalty area put them joint-fourth.

Up next they host Swansea at Amex Stadium, one of four home fixtures over their next five outings.

Izquierdo’s threat down the left could be enhanced against Swansea.

No team have conceded more chances down the right side of their defence than Swansea's 115 this season.

With his newfound confidence and sharper eye for goal, the winger can maintain his form on Saturday.

In doing so, Izquierdo could surpass the 17%-owned Pascal Gross (£5.9m) as the go-to Fantasy option in a revived Brighton attack.