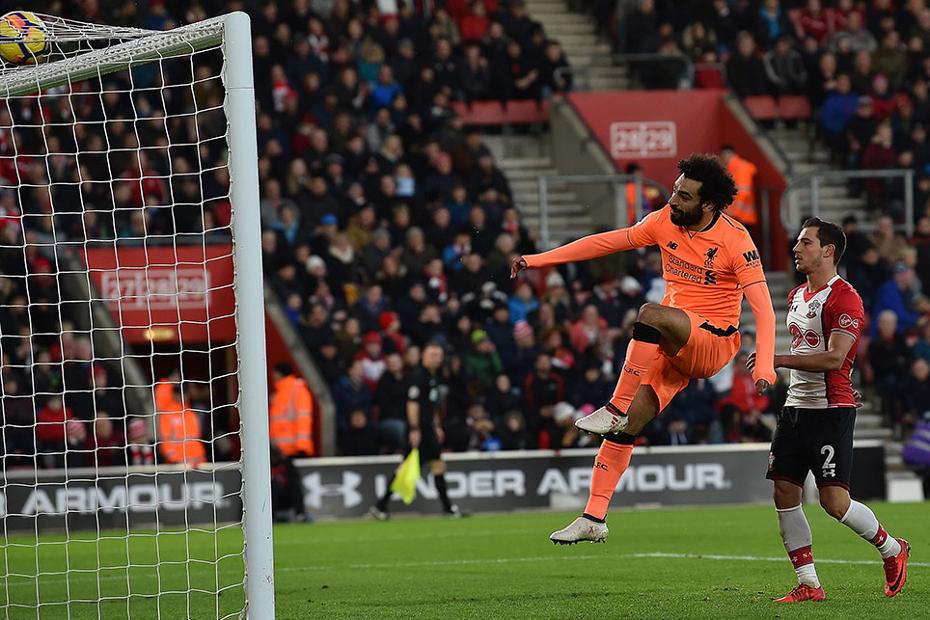 If a Fantasy Premier League target can ever be described as essential then that player is Mohamed Salah (£10.4m).

The top scorer on 217 points, it is impossible to deny the importance of the Egyptian to FPL managers.

Analysis of the points-per-90-minute data highlights just how devastating the Liverpool star has been relative to rival midfielders.

He has delivered an average of 9.65 points per 90 minutes.

That is 1.3 points more than any other player across the four positions with more than 500 minutes played.

Top 10 midfielders by points per 90 minutes*

To put that into perspective, the top-scoring players over the previous two seasons have also been midfielders.

Salah will doubtless go on building his 58.5% ownership.

Even when players with two fixtures in a single Gameweek – or Double Gameweek – turn the heads of Fantasy managers over the run in, there will be a reluctance to risk losing Salah.

The chasing pack are arguably far more disposable, with Raheem Sterling (£9.0m) perhaps the only midfielder close to Salah in terms of consistency.

The winger has supplied a goal or an assist in eight of his last 10 Gameweek starts.

The latter is the more popular target of that trio, with over 62,000 acquiring the Belgian for Gameweek 28 following a 13-point return last time out.

But with Sane now back from injury, he and Sterling both remain compelling alternatives.

That could open the way for Eden Hazard (£10.7m) to build his ownership over the remaining Gameweeks as the premium-priced midfielder of choice.

Chelsea's playmaker has produced an impressive 7.72 points per 90 minutes so far.

Based on their last 12 Gameweek appearances, Hazard has also outscored De Bruyne by 85 points to 83.

That makes Hazard a potentially powerful differential over the season run-in and perhaps a key target for those managers seeking to make up ground.

Part 1: Karius emerges as player who can save FPL seasons
Part 2: FPL managers must focus on full-back potential
Part 4: Will return of Jesus slow Aguero's surge?