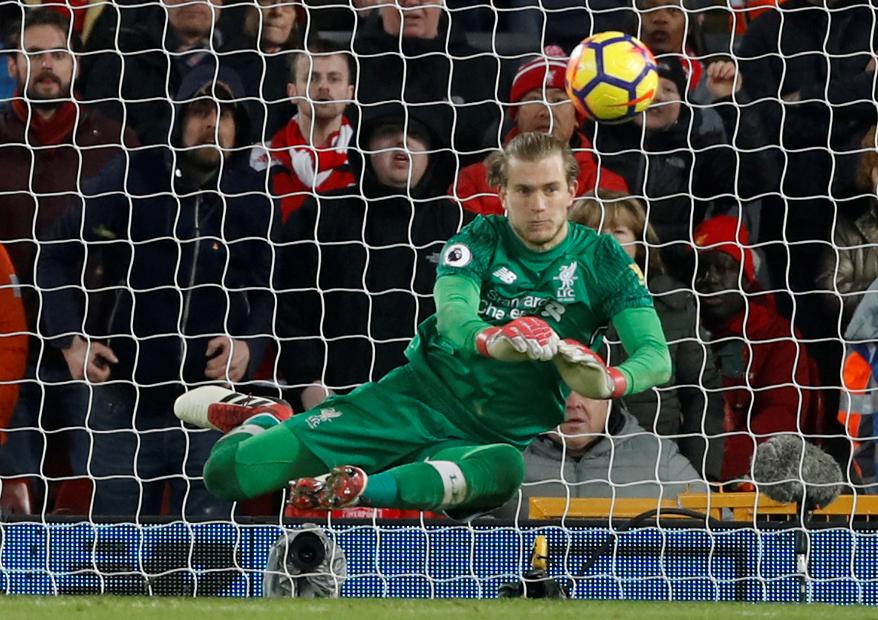 Looking at options for the run-in, The Scout says Liverpool's new No 1 is challenging De Gea for Fantasy attention

The Scout is giving a position-by-position guide of Fantasy Premier League players ahead of the final 11 Gameweeks of the season.

Liverpool's new No 1 Loris Karius (£4.8m) is building a case to become the top goalkeeper option for managers.

The German had mainly been used in rotation with Simon Mignolet (£4.8m).

Karius's FPL output was boosted by his penalty save and nine-point tally against Tottenham Hotspur in Gameweek 26.

He ranks among the very best in terms of points per 90 minutes.

The emergence of Karius as an option for FPL managers is timely because it coincides with the impact of the FA Cup on the remaining fixture schedule.

The FA Cup quarter-finals fall on the weekend of Gameweek 31, with postponements likely to limit the active players in FPL squads.

Liverpool are one of four teams guaranteed to play after they were knocked out along with their Gameweek 31 opponents Watford.

We will learn more on the other rescheduled fixtures once the FA Cup fifth round is complete.

For now, Liverpool stand out as a source of player targets for Gameweek 31, with Karius a new name to consider.

Three of Liverpool's next four opponents, including Watford, score only two in the Fixture Difficulty Rankings (FDR).

In total, seven of their remaining 11 Gameweek opponents are ranked as two in the FDR.

That could ensure Karius ranks among the top-scoring goalkeepers for the season run-in.

He is, however, likely be reliant purely on clean sheets for his points.

That ranks bottom among FPL goalkeepers, with Lukasz Fabianski (£4.6m) top with 3.70 saves per 90 minutes.

De Gea is the top-ranked goalkeeper for potential bonus points.

The Manchester United goalkeeper has recorded 21.3 points in the Bonus Points System (BPS) per 90 minutes, a statistic also matched by Nick Pope (£4.9m).