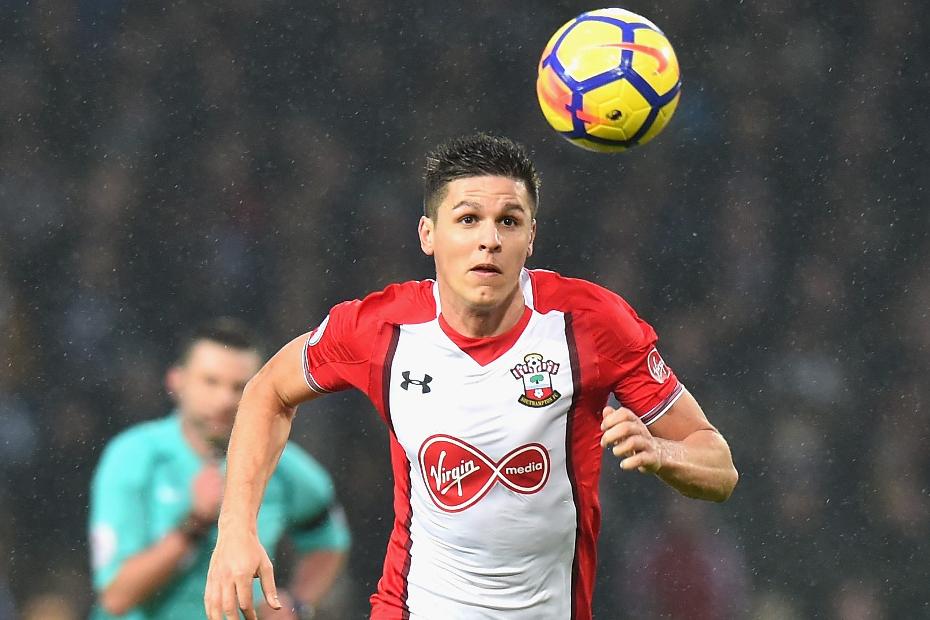 Ahead of Liverpool match, Adrian Clarke on how signing of Argentinian will strengthen Southampton at both ends of the pitch

Since Graziano Pelle left for China in the summer of 2016, Southampton have lacked a tall centre-forward, so the capture of Guido Carrillo from Monaco feels like a wise decision.

In a campaign in which goals have not flowed and leading scorer Charlie Austin has struggled for full fitness, it was essential the club brought in a natural finisher who can lead the line.

Carrillo is a typical penalty-box striker. Most of his seven Ligue 1 goals for Monaco last term arrived inside the six-yard area from crosses or rebounds.

As shown below from his record in this season’s French top flight, the 6ft 3in forward has shown expertise at scoring with his head from close range.

All six can deliver quality from the wings, sending over a collective 447 crosses this season.

Unfortunately, too many of those crosses have not been converted or met by team-mates.

A good slice of the opportunities that Southampton create are aimed at the six-yard box so it looks as if the 26-year-old is suited to their play.

Carrillo’s forte is attacking crosses, so in theory he should receive plenty of chances in the zones he attacks best.

Ward-Prowse is one of the Premier League’s finest takers of corners and wide free-kicks, so the presence of a centre-forward as dangerous in the air as Carrillo is great news for Saints fans.

While Jack Stephens and Mayo Yoshida have chipped in with two goals apiece this season, they have been the obvious targets.

Having a third physical presence inside the penalty area will set opposing markers a new challenge.

Carrillo will also be handy at the other end of the pitch.

Mauricio Pellegrino’s side have conceded 10 goals from set-plays this term, the fourth-worst record in the PL.

So having Carrillo will help with marking inside the box or to guard the near-post area will be an asset.

If Austin is still seen as first-choice striker when he is fit and available, Carrillo can also be considered a lethal weapon from the bench.

At Monaco he was used to the role of super-sub, which he handled extremely well.

Seven of his 15 Ligue 1 strikes came from the bench, so he is a player who can hit the ground running.

It is pretty clear Southampton’s January recruit offers something fresh. His acquisition makes sense on many levels.

If Liverpool fail to defend crosses properly at St Mary’s Stadium this weekend, Carrillo has the skills to punish them.