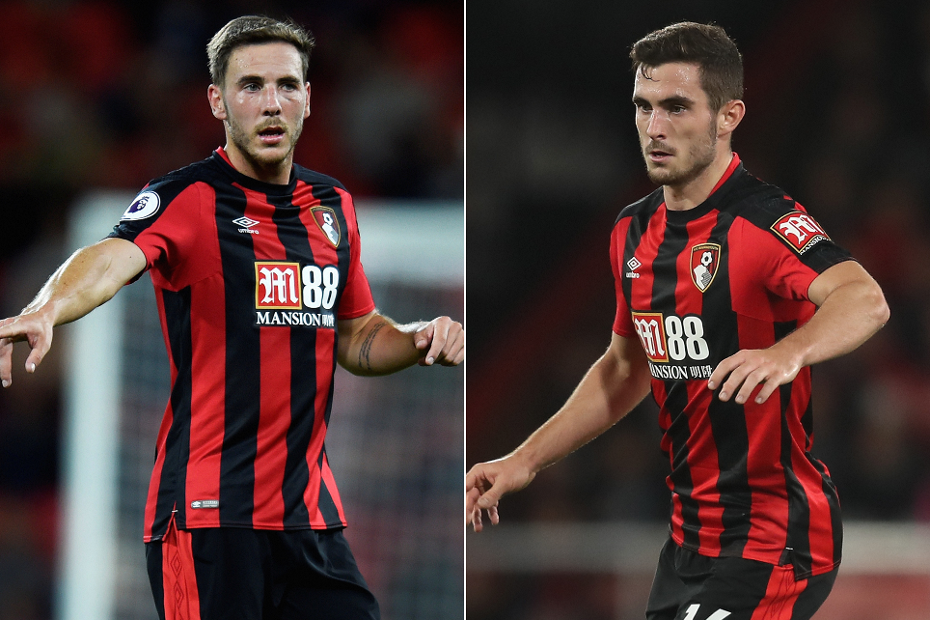 Ahead of Huddersfield Town test, Adrian Clarke on how AFC Bournemouth's dynamic duo have made the team harder to beat

AFC Bournemouth always seem to be at their best when producing high-tempo football.

Positive energy and aggressive running have fuelled the side’s seven-match unbeaten run ahead of Sunday's early trip to Huddersfield Town, propelling them to ninth in the Premier League.

Credit must go to the whole team, but the influence of Eddie Howe’s new central midfield partnership of Lewis Cook and Dan Gosling should not be overlooked.

The dynamic duo have been unrelenting in their willingness to set the right tone and have completely outshone Howe’s previous first-choice pairing of Andrew Surman and Harry Arter.

Neither passes the ball as accurately as those they replaced, but, as a partnership, they have shown a greater appetite to throw themselves into 50-50 tackles and duels.

Breaking up play more effectively, Cook and Gosling have made AFC Bournemouth considerably less appealing to play against.

Not only have they helped stop the opposition from playing, but they have also created more goalscoring chances over a shorter period of time.

The Cherries have always been among the fittest teams in the Premier League and Cook and Gosling have enhanced that trait.

Operating in a disciplined but enthusiastic manner from box to box, they cover more than 24km between them per match on average. That is an outstanding figure.

Although Surman is another tremendous athlete who averages 12.4km per 90 minutes, the man who has taken his spot in the side is ranked the hardest-working player in the league.

Of players who have made at least 10 starts this term Gosling heads the distance charts with an astonishing average of 13.2km. Only he and James Milner have clocked over 13km.

Gosling travels at speed, too. His average pace of 8.1km/h places him second in the PL ratings, marginally behind Brighton & Hove Albion’s Pascal Gross.

Cook is also showing signs of rapid improvement. His average of 11.58km covered per 90 minutes ranks 45th in the league and he has quality on the ball.

But it is his work off the ball that has most caught the eye.

Crunching into 15 tackles across his last three appearances, regaining possession through his industry, the 21-year-old has quickly become a destructive force.

The results speak volumes for his contribution.

When Cook and Gosling have started together as a pair, AFC Bournemouth have earned 12 points from a possible 18.

The Cherries’ upturn is not solely down to these two players, of course.

As a team they have shown terrific spirit to retrieve deficits against Brighton, Arsenal, and Stoke City.

And the front three of Jordon Ibe, Junior Stanislas and Callum Wilson have also been combining fluently since Christmas.

But the heartbeat of this revitalised AFC Bournemouth side is unquestionably their energetic midfield pair.

With Cook and Gosling buzzing around in midfield, Howe’s men have become an awkward side to overcome.