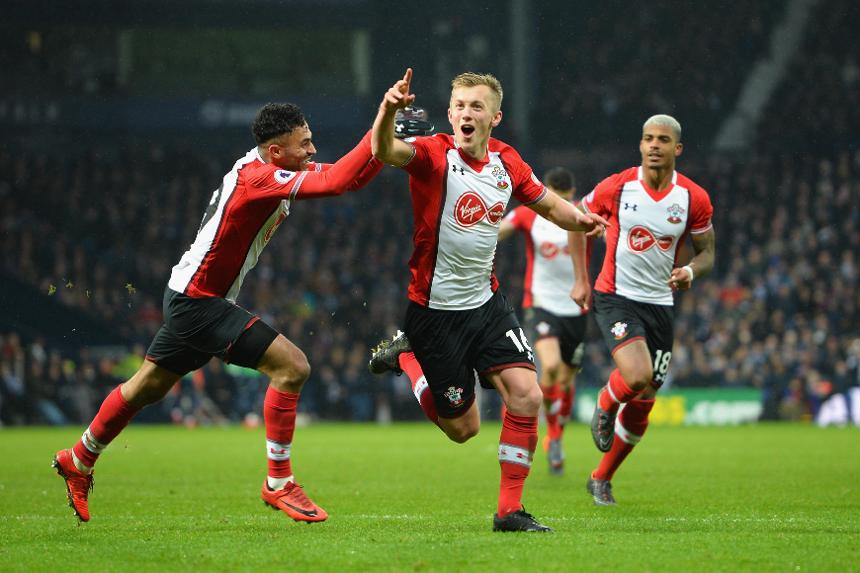 There have been some off days along the way but Mauricio Pellegrino's Southampton are a better side now than they were when crashing to a 3-0 defeat by Liverpool in November.

Southampton failed to register a single shot on target at Anfield that day.

It was a submissive performance that rang alarm bells.

Since the turn of the year, though, there has been increased purpose from the Saints.

Performing in a more forceful manner, they have statistically outworked all six of their last Premier League opponents.

Covering an extra 10.5km across those matches, nobody can question their application.

Operating at a better tempo, playing a more assertive brand of football, Southampton subsequently picked up valuable draws at Manchester United and Watford, as well as a deserved point against Tottenham Hotspur at St Mary's Stadium.

Last time out, when taking the fight to West Bromwich Albion in a pivotal match at the bottom of the table, this determined approach was rewarded with a 3-2 success.

Old habits did resurface in a tame 1-1 draw at home to Brighton & Hove Albion last month, winning only 40.7% of their duels, but in general there has been an uplift in spirits from the Saints.

In three of the last four PL outings, Pellegrino's side have come out on top in more duels than the opposition.

Southampton have failed to score in 31% of their matches during 2017/18 but it is important to note they have found the net in seven of their last eight appearances.

That change needed to happen and it is in part down to the renewed fight outlined above.

Wastefulness in front of goal has been a theme all season, with Charlie Austin, the leading scorer with a 26% conversion rate, the only forward who can be satisfied with his output.

In fact, Southampton have struck more shots off target than all but three PL sides.

Most shots off target

Things have improved of late. Extra dynamism in the build-up has helped manufacture better-quality chances inside the final third and when those opportunities have arrived, the shooting has been more accurate.

Posing additional danger from set-pieces, as well as dispatching half-chances from open play, goals have suddenly become less hard to come by.

To stand a chance of avenging their Anfield defeat this Sunday, Southampton cannot afford to take a backward step with their ruthlessness or strong-willed mentality.

If both ingredients click, they have a chance to cause an upset.