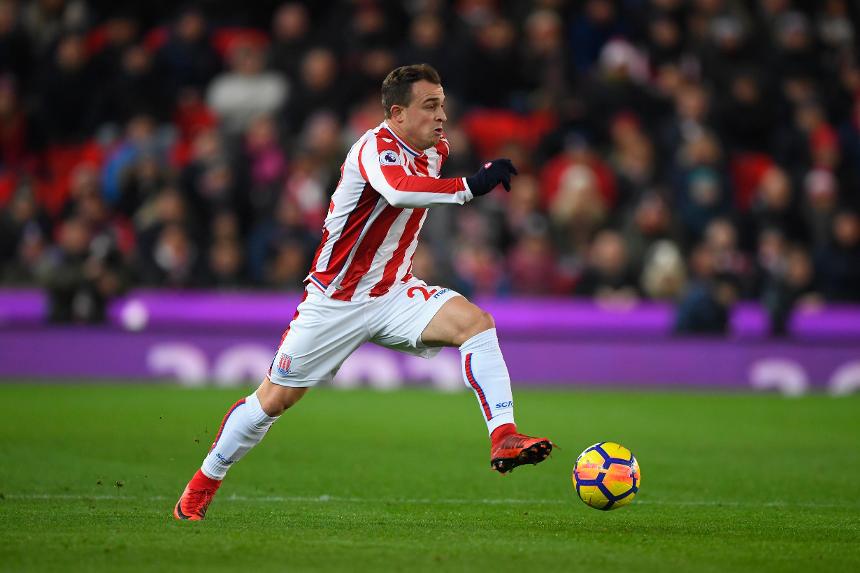 Midfielder can steer Stoke City's revival and regain the faith of FPL managers as well, says The Scout

Boss: We have enough to stay up External Link
Lambert vows to revive Stoke aggression

After replacing Mark Hughes at Stoke City, Paul Lambert is set to turn to Xherdan Shaqiri to inspire their bid to climb the table.

And the Swiss midfielder can step up for his new manager and restore his reputation in Fantasy.

Shaqiri emerged as a key figure earlier in their campaign.

From Gameweek 5, he enjoyed a burst of form that brought four goals and five assists from his next 10 starts.

That prompted interest from FPL managers and, by Gameweek 18, he was found in more than 555,000 squads.

But having failed to produce a goal or an assist since Gameweek 16, Shaqiri’s stock took a dip and he is now owned by just over 315,000 managers.

That could reverse in the coming Gameweeks.

Lambert has taken over just as the schedule swings in Stoke's favour.

Five of their next six opponents score just two in the Fixture Difficulty Rankings (FDR).

The run begins on Saturday when Huddersfield Town come to the bet365 Stadium.

The Terriers have conceded seven goals in the last two Gameweeks, and are without a win in their previous five.

Having scored or assisted 47% of Stoke’s goals when selected, Shaqiri is likely to be heavily involved in any goal threat.

He has created 47 chances, more than double that of any team-mate.

Only Kevin De Bruyne (£10.2m), who is FPL’s joint-leader for assists with 11, has provided more big chances, with 12 this season.

Monopolising set-pieces and high in the pecking order for penalty-kicks, Shaqiri’s potential for points remains strong.

If Lambert can restore some confidence in the Potters camp, Stoke's No 22 could exploit the schedule to make a return to FPL squads.