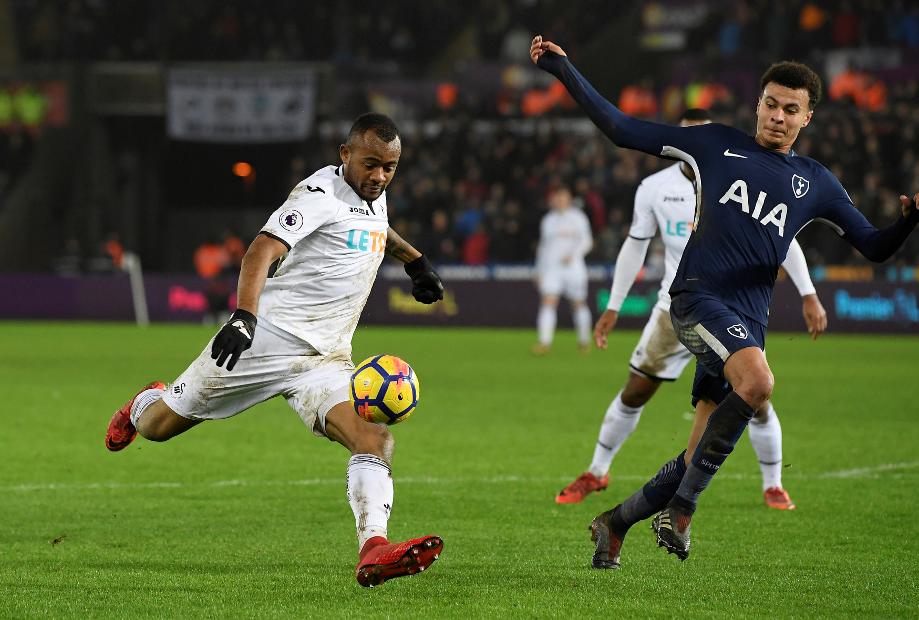 Swansea City striker can continue his rise as the best value forward in Fantasy, according to The Scout

Carvalhal: We are making progress External Link
GW24 Ones to watch: Alex Oxlade-Chamberlain

The Swansea forward is becoming a hot property in Fantasy.

Three goals from his last five appearances have established Ayew as the sixth-most popular signing ahead of Gameweek 24.

At only £5.1m, he is an investment who frees up vital funds to spend elsewhere in Fantasy squads.

He is also a like-for-like replacement for a former cut-price favourite, Dominic Calvert-Lewin (£5.5m). More than 15,000 managers have already made that direct swap.

Since Gameweek 19, Ayew has recorded more shots (10), shots on target (six) and touches in the opposition penalty area (16) than any team-mate.

He has averaged a goal attempt every 38.4 minutes over those five matches, compared with 51.7 minutes beforehand.

Indeed, new manager Carlos Carvalhal has turned to Ayew as his central striker ahead of Wilfried Bony (£5.7m), making him the focal point of their attack.

Jurgen Klopp's side arrive at the Liberty Stadium having earned only two clean sheets in 11 matches away from Anfield.

Only Stoke City (33) have conceded more big chances - defined as opportunities that the receiving player is expected to score - on the road than the Reds (28).

Already ranked as the top-value forward with 15.8 points per million, Monday night's encounter hands Ayew the opportunity to maintain his form and spark an FPL transfer scramble.