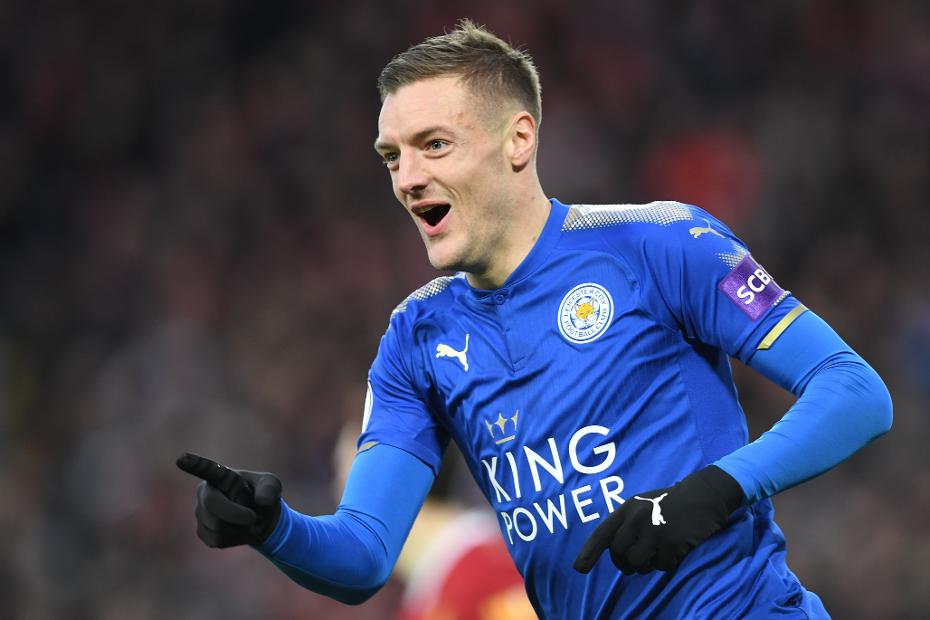 Favourable fixtures provide the springboard for the Leicester City striker to boost his stock in Fantasy, reckons The Scout

Leicester City’s run of fixtures can inspire a run of form from their FPL options, not least Jamie Vardy.

The Foxes play four of their next six matches at King Power Stadium and all four visiting sides score just two in the Fixture Difficulty Rankings (FDR).

Significantly, all four also rank among the top six for big chances, or gilt-edged opportunities, conceded over the last four Gameweeks.

The resurgent Riyad Mahrez (£8.6m) looks to be a key FPL option for this spell, creating more chances (35) and laying on more big chances (nine) than any team-mate.

But with fierce competition for places in FPL managers' midfields, Vardy, fed by Mahrez's supply line, offers a strong alternative up front.

Vardy has been involved in 36% of Leicester’s goals, scoring nine and assisting two.

His record also suggests he can deliver over the Foxes' more demanding forthcoming fixtures.

Claude Puel’s men face a trip to leaders Manchester City in Gameweek 27, where Vardy has already found the net, converting a spot-kick in the Carabao Cup quarter-final.

Their next opponents are Watford, who visit King Power Stadium having failed to keep a clean sheet in their last 10 outings, conceding 21 goals.

Mahrez and Vardy can punish that frailty, as the latter makes a renewed bid for recognition in FPL forward lines.