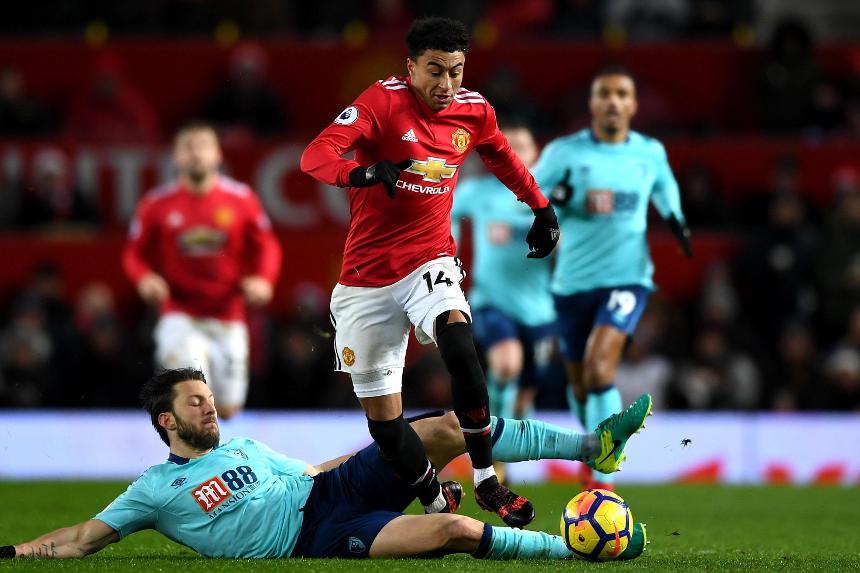 Lingard: I'm in the form of my life External Link

Since late November Jesse Lingard has been in the form of his life.

Scoring a collection of vital and spectacular goals, the 25-year-old has successfully gained Jose Mourinho’s trust in a new central attacking midfield role.

Starting eight of the last nine Premier League matches in this position and delivering a strike rate in this period that betters Manchester United top scorer Romelu Lukaku’s 181.3 minutes per goal, Lingard is the man Stoke City should fear most on Monday.

Even without his incredible goal output, which in theory has earned United an additional five points this winter, Lingard’s vibrancy has had an uplifting effect.

Buzzing around the most dangerous parts of the final third, his darting runs with and without the ball are hurrying defenders into making mistakes.

Since the positional tweak United have counter-attacked quicker and more efficiently, and the overall tempo of their football also appears to have risen.

Ever since Sir Alex Ferguson’s departure in 2013, supporters have pointed towards a lack of speed in the way the side can turn defence into attack.

Lingard’s influence in recent weeks is beginning to help change that perception.

In each of his last eight PL starts Lingard has registered more sprints than any team-mate, even though he has completed 90 minutes only once.

Statistically he runs at full speed more often than anyone else in the competition per match.

Lingard’s pace isn’t only confined to short bursts either.

Registering United’s highest average speed in each appearance since 28 November, the midfielder’s high energy levels have brought a fresh dimension to way the side go forward.

Relentlessly on the move, his enthusiasm is dragging opponents out of position. Having somebody as lively as him down the middle helps to create extra space for team-mates either side.

How do Stoke stop him?

Using Lingard in a more central berth presents Stoke’s central midfield with a problem, as they don’t possess much pace in that area.

Geoff Cameron has been used as their deepest-lying central midfielder in recent weeks and, although he’s strong and competitive, the American is not that quick.

He has also made 42 sprints per match across the last four fixtures, significantly fewer than Lingard.

Cameron's average speed is also about 1km/h down on Lingard’s.

So keeping up with the Man Utd star’s movement will be a problem for Cameron, as it would be for team-mate Charlie Adam.

The player most suited to shackle Lingard could be his former United colleague, Darren Fletcher.

The 33-year-old has a good defensive brain and still boasts the best workrate in the Stoke midfield.

Containing Lingard in his form would be demanding enough for any PL team, but for a Stoke side low on confidence and lacking speed down the middle of the pitch, it may be a challenge too far.

Part 1: Albrighton back in title-winning form
Part 2: How Alonso has become a threat for Chelsea
Part 3: Liverpool pace can end City's unbeaten run