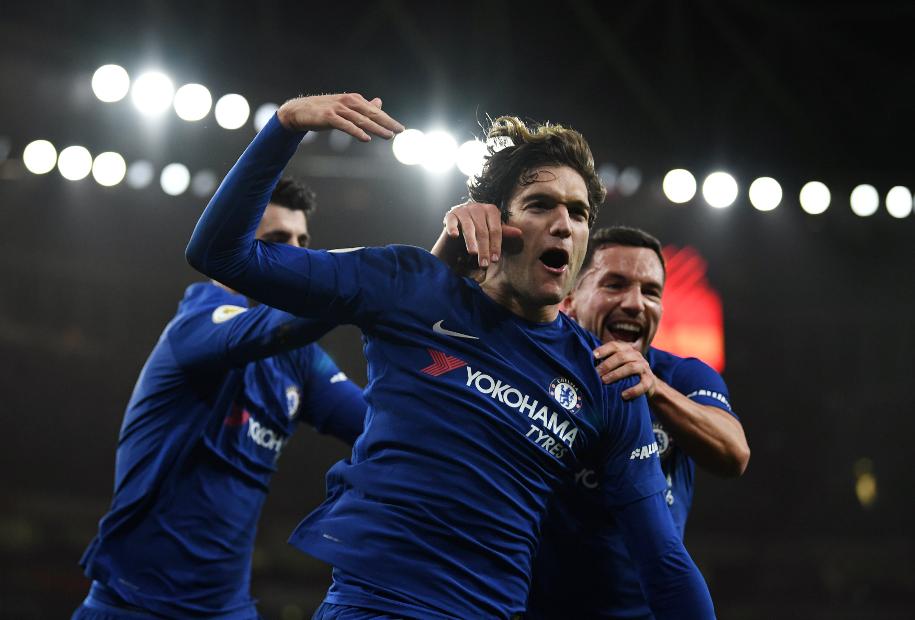 When Marcos Alonso joined Chelsea in August 2016, he was initially regarded as a left-footer who could bring natural balance to the side.

Since then it has become obvious that the wing-back offers considerably more.

Reliable in and out of possession, technically excellent, tall and athletic, the 27-year-old has developed into a highly influential figure for Chelsea.

Indeed, Saturday’s opponents Leicester City should regard Alonso as one of Chelsea’s most potent goal threats.

Scoring three times in his last five appearances, and six goals overall this term, the Spaniard is Chelsea's joint-second top scorer in the Premier League.

Surging into the box to score twice from open play, Alonso's other four strikes have stemmed from set-pieces.

He has dispatched two direct free-kicks, as well as scoring a volley and a header when attacking dead-ball situations in the area.

Of late he has shown a greater appetite for shooting, exceeding his average seasonal stats in four of the last five matches.

Alonso is definitely someone the Foxes would be wise to keep close tabs on at Stamford Bridge.

It is probably no coincidence that the two goals Alonso has scored from open play, against Tottenham Hotspur and Arsenal, came in matches where Antonio Conte deployed a 3-5-1-1 formation.

Within the framework of that system, which leaves Chelsea with one fewer attacking midfielder compared with a 3-4-2-1, Alonso must support Eden Hazard and Alvaro Morata with greater regularity.

To help facilitate this, Conte has begun instructing one of his three central midfielders to pull towards the left in possession. Alonso then plays ahead of them.

Tiemoue Bakayoko occupied these wide areas against Brighton & Hove Albion, and this strategy was repeated by Cesc Fabregas in the 2-2 draw at Arsenal.

So, reassured that he is not leaving a big hole behind him in a 3-5-1-1, Alonso is freed up to use his ability more often inside the final third.

If Chelsea form that shape at home to Leicester this Saturday, the visitors will need to find a way to shackle the bursts of a player who has become a serious attacking threat.