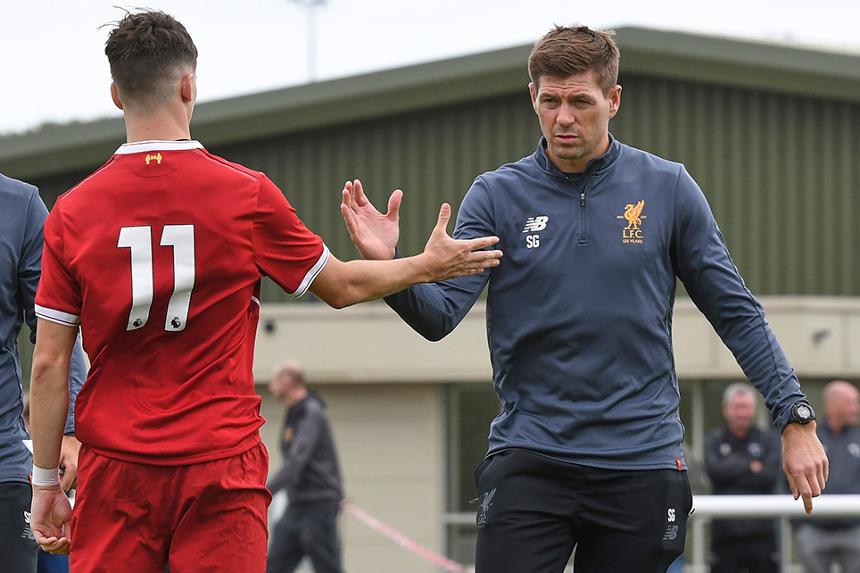 Tottenham Hotspur will face Steven Gerrard's Liverpool in the Under-18 Premier League Cup quarter-finals after the draw was made for knockout stages.

Chelsea, who lead the Under-18 Premier League South table, will visit Sunderland in one of the other ties.

The eight teams either were winners of the six groups or one of the two best runners-up.

The Under-16 Premier League Cup quarter-final draw has also been made.

The group stage fixtures and the format of the competition mirrored those of the U18 PL Cup.

The quarter-finals of both competitions are one-off matches decided by extra-time and penalties if necessary.

They are scheduled for Saturday, 27 January 2018, but fixture dates are subject to change.