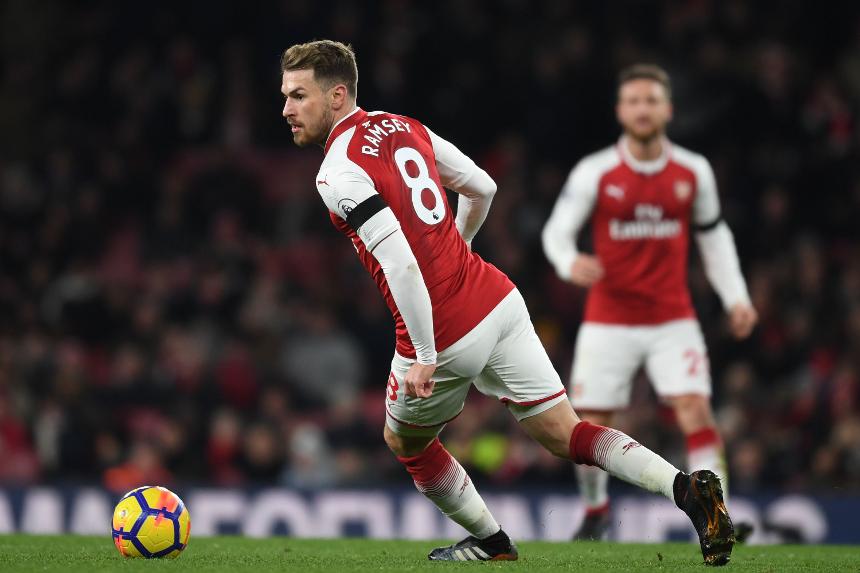 The Arsenal midfielder is among the most consistent FPL options on offer, supplying three goals and seven assists this season and returning points in five of his last six outings.

Only once in his previous nine FPL campaigns, in 2013/14, has Ramsey produced more assists (nine) than his current tally.

When on the pitch, he has scored or assisted 42% of Arsenal's total goals, which is more than any Gunners regular and is ahead of premium-priced team-mates such as Alexis Sanchez (£11.8m and 37%) and Alexandre Lacazette (£10.3m and 38%).

Ownership down, goal threat up

Yet only 6.7% of FPL managers own the Welshman ahead of a home encounter with a less than resilient Manchester United defence.

United have recorded only one clean sheet from their past four Gameweeks and have conceded in each of their last three away matches, letting in two goals at both Huddersfield Town and Watford.

In addition, Ramsey's goal threat is on the rise. No team-mate has fired more shots in the opposition penalty area than his 23.

He is also joint-top for big chances received, along with Lacazette, on eight.

By comparison, he registered only two big chances over the whole of last season.

And the forthcoming schedule strengthens his claim as the value route into Arsene Wenger's attack.

With nine of Arsenal's next 12 matches scoring only two in the Fixture Difficulty Rankings (FDR), Ramsey has the chance to continue his form over the busy winter period.