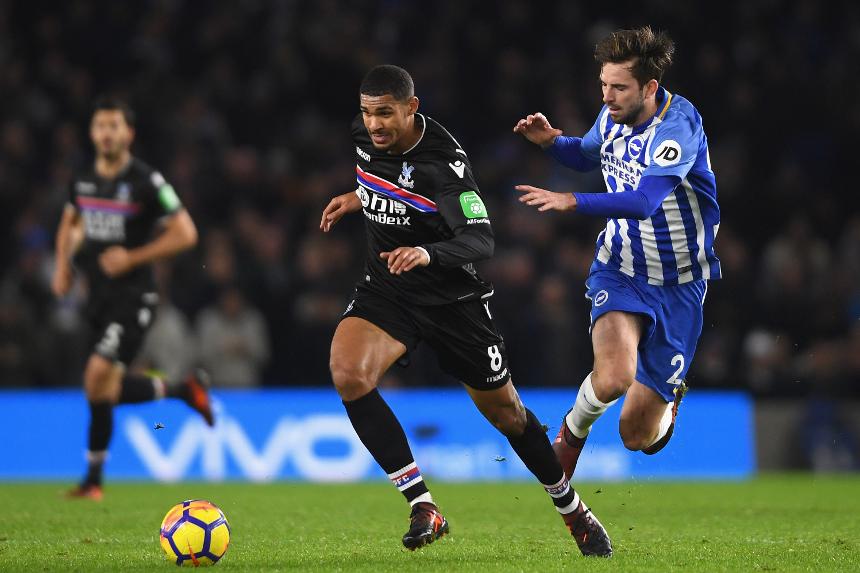 Crystal Palace midfielder is threatening to become the ultimate bargain in Fantasy, explains The Scout

The Crystal Palace star is now fulfilling his potential as the standout cut-price midfielder in FPL.

Having overcome recent injury concerns, Loftus-Cheek has completed 90 minutes in each of the last five Gameweeks.

With a goal and two assists over that spell, he looks settled and central to Crystal Palace's hopes.

He has had five shots on goal in his last four matches, and no team-mate has produced more than his three efforts on target.

More significantly, Loftus-Cheek stands out when compared with other FPL midfielders in the same price bracket.

With 11 shots from inside the opposition penalty area, only Newcastle United's injured Christian Atsu (£4.9m) can better his tally (12).

Loftus-Cheek has also produced 14 key passes, laying on three big chances – a chance where the receiving player is expected to score.

Overall in the ICT Index (a statistical index developed to give a verdict on a player as an FPL option) he totals 55.7.

His recent burst of points have coincided with a favourable run of opponents for Roy Hodgson’s side.

The trend continues in December. Four of Crystal Palace’s next five matches score two in the Fixture Difficulty Rankings (FDR).

The run begins with a trip to West Bromwich Albion in Gameweek 15 against former Palace manager, Alan Pardew, who will take charge of the Baggies for his first match.

The West Brom defence have conceded most shots (57) over the last four Gameweeks and have also conceded 11 goals in their last four outings at The Hawthorns.

Having scored or assisted 50% of Crystal Palace’s goals this season, Loftus-Cheek could profit in Saturday’s encounter.

FPL managers should look to embrace the midfielder’s potential.

Still only part of 7.1% of squads, Loftus-Cheek can help free up funds for big-money moves elsewhere. But regular goals and assists can also make him a mainstay in squads for months to come.