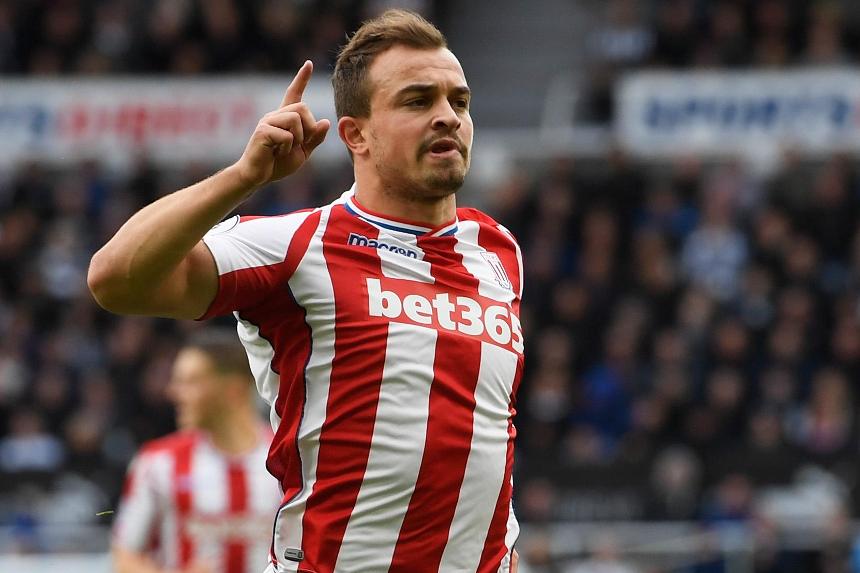 The Stoke City playmaker is on course for his best Premier League season and FPL managers should take note.

Shaqiri has been involved in eight goals from 13 appearances, just one short of his previous best, in 2015/16.

His recent form has been devastating. Two goals and three assists from his last five starts have produced an average of 6.8 points per match.

Why he's being overlooked

But, despite that, Shaqiri is found in only 6.9% of FPL squads.

The form of team-mate Eric Maxim Choupo-Moting (£5.7m) is one reason why he has been largely overlooked.

The summer signing from Schalke has produced three goals and three assists, playing on the left or as the central striker.

But the underlying statistics show Shaqiri has the edge over his team-mate.

Shaqiri has produced 12 shots over the past five Gameweeks, compared with eight from Choupo-Moting.

And Shaqiri’s command of set-pieces has helped him supply eight key passes over those five matches, more than double Choupo-Moting’s three.

Now is the time to reassess the potential in the Stoke squad.

Their fixtures over the festive period provide them with a platform for goals and FPL points.

Five of their next eight matches score two in the Fixture Difficulty Rankings (FDR).

Swansea City are the first opponents, visiting in Gameweek 15, having allowed 39 shots on target in away matches, a total exceeded only by West Ham United, with 45.

Shaqiri will be pivotal to Stoke’s bid to unlock that Swansea defence.

Surpassing our expectations as an FPL target, he should no longer be ignored as a midfield option.