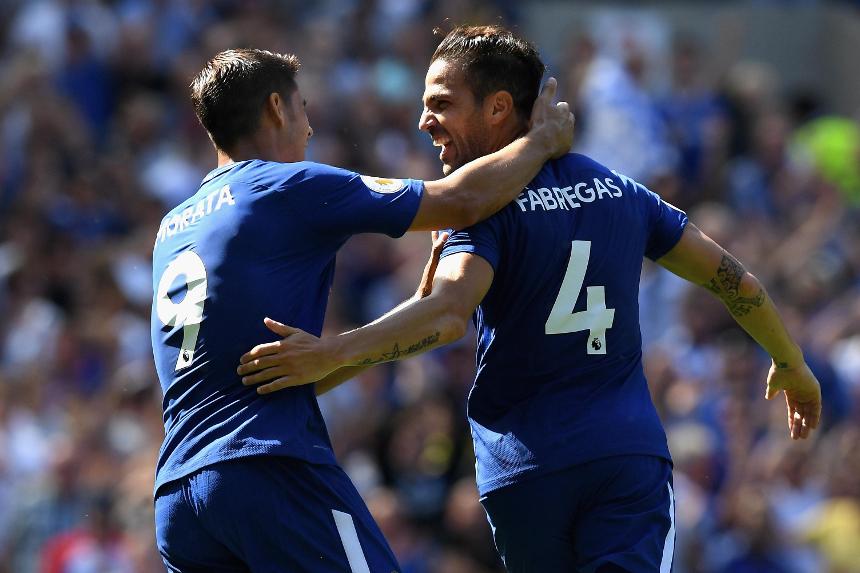 How Salah is shooting towards Suarez greatness

A 3-4-2-1 formation helped Chelsea storm to the 2016/17 Premier League title, but Adrian Clarke explains why one player has sparked a shift in the champions' shape ahead of Saturday's trip to Liverpool.

This season Antonio Conte has been happy to move away from his tried and tested tactics.

The regimented and successful 3-4-2-1 formation used so frequently has featured from the start in only six of their 12 PL matches this term.

Since the departure of Nemanja Matic, the pairings of N’Golo Kante-Tiemoue Bakayoko, Kante-Fabregas or Bakayoko-Fabregas have not functioned quite as effectively.

So by leaving Pedro and Willian out of the side, the Chelsea head coach has made room for all three midfielders to play together instead.

Is it a wise call?

I believe it is, because Fabregas has been fabulously creative.

The only player who has made more than his 25 chances with a better minutes-per-key pass ratio is Arsenal’s Mesut Ozil.

PL players with over 25 key passes

Building from a solid three-man base should help Chelsea deal with Liverpool’s own midfield threat at Anfield, especially in the way they try to contain the floating Philippe Coutinho.

And when Eden Hazard and Alvaro Morata link up as as they did last time out at West Bromwich Albion, Chelsea are not losing any punch in forward areas either.

It could be a blend of players that spells trouble for Liverpool on Saturday.