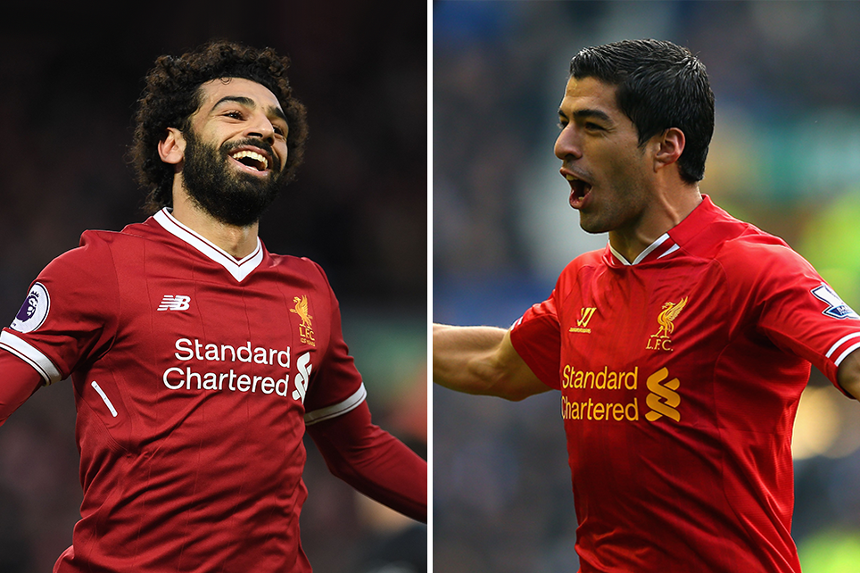 Conference Call: Big heart on and off the pitch External Link
Mahrez and Gray central to Puel's game

As Mohamed Salah returns to his former club Chelsea on Saturday, Adrian Clarke observes why the Egyptian is on course to emulate a Liverpool great this season.

Salah has been regarded as more of a wide man than a natural striker, but his outstanding performances mark him down as the single most dangerous right-sided forward in the Premier League.

But playing down the middle is not something he does too often.

During their Matchweek 11 win at West Ham United, in which Salah scored twice, Jurgen Klopp moved away from his regular 4-3-3 to use Salah as part of a front two in a 4-2-2-2 formation.

Even then the Egyptian spent most of his time in the same part of Liverpool’s attack, rather than in close proximity to Roberto Firmino.

As shown on the touch maps below, despite Alex Oxlade-Chamberlain occupying the right-wing slot, Salah’s positioning was almost identical against West Ham, left, as when he played his normal role against Southampton, right, at the weekend.

Statistically Salah is more lethal in front of goal than even Luis Suarez at his Liverpool peak.

Although a 12-match period does not offer the same credibility as a full campaign, and Suarez shot a lot more often, Salah's consistency at hitting the target and his terrific conversion rate makes him equally as dangerous.

If he maintains his current form, Salah has a chance of breaching the 30-goal barrier that the Uruguayan smashed in his final season at Anfield.

Playing in a team who have a front man with the qualities of Firmino benefits Salah.

The Brazilian drops into holes that drag centre-backs away from their usual positions and this leaves pockets open for Salah, and Sadio Mane, to stride into on a regular basis.

Firmino’s style of centre-forward play is beneficial to the two wide forwards he is flanked by, and they use their pace to good advantage.

Chelsea will need to track his runs into the box very closely at Anfield and ensure he is not afforded time to look up and strike a shot from distance this weekend.