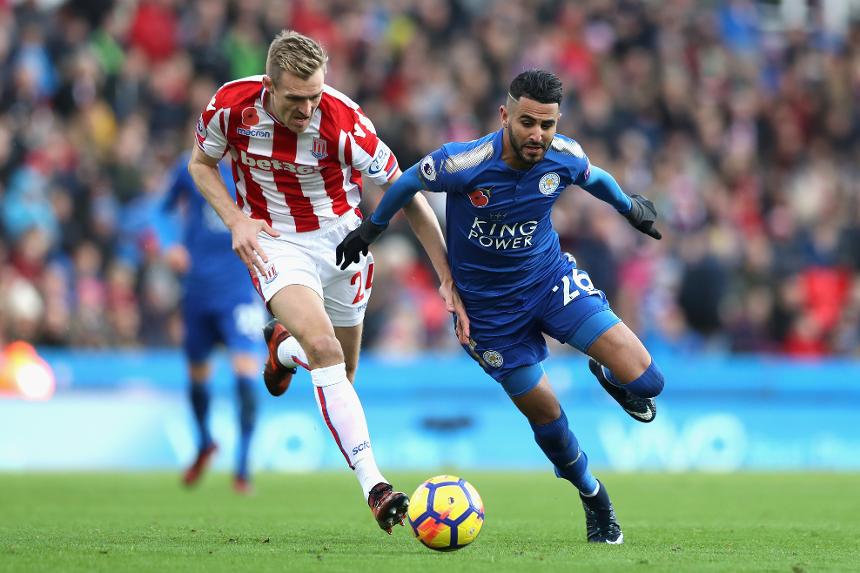 Danny Simpson: 100 Not Out External Link

When he took charge of Leicester City last month Claude Puel promised to bring more tactical variety to their play. Adrian Clarke says the new head coach is delivering on his word.

Don’t be shocked to see Leicester adopt more of a possession-based approach against West Ham United on Friday night.

While the Foxes’ famed counter-attacking style was a prominent feature in both matches Puel has taken charge of at King Power Stadium, we saw a surprise shift at Stoke City in the first away match of his reign.

During a dominant first period at the bet365 Stadium Leicester bossed possession in a way unfamiliar in recent times.

Playing on the front foot, keeping the ball with shorter passes, they had an assured 86.1% passing accuracy (their season average is 71.2%) and this tactical change in direction caught Stoke off guard.

In Michael Appleton’s final match in charge as caretaker manager of Leicester, at Swansea City, there was a slight change from Craig Shakespeare’s methods. During that match Leicester’s passing and possession stats were the highest they had been in an away match during 2017/18.

However, the 61% share of possession Puel’s men enjoyed in the opening period at Stoke was a huge departure from the norm.

It also gave them an added goal threat, with 14 shots (including blocks) their best return on the road all season.

Up against a West Ham side struggling for form, Leicester may well attempt something similar at London Stadium.

Gray in the good books

The moment Puel arrived at Leicester it was clear he had firm ideas on how to improve the side.

His first port of call was to make Demarai Gray a key part of his plans.

The winger was handed a new contract immediately and has started in all three matches so far.

In fact, across the first nine PL contests Gray averaged only 25 minutes per appearance, but Puel has used him for an averge of 86.7 minutes.

Gray has clearly been reinvigorated by this show of faith.

The 21-year-old tormented Everton’s defenders with his running power, scoring one goal and helping to create another with a fantastic 70-yard dribble.

Gray whipped six crosses into the box from open play and created three chances during another eye-catching performance at Stoke.

Although against Manchester City last time out his attacking output was unsurprisingly curbed, he did regain possession seven times, a feat none of his team-mates bettered.

Gray’s energy, pace and trickery will be a handful for West Ham on Friday.

During their title-winning campaign in 2015/16, Shinji Okazaki would almost always operate just behind striker Jamie Vardy.

But, over the course of Puel's first few weeks in charge, the Frenchman has tinkered with that position.

Riyad Mahrez played centrally and gave a fantastic display against Everton. The Algerian later moved infield against Stoke, too, once Okazaki had been substituted 58 minutes into the match.

At home to Man City, Puel sprang a major surprise by using Marc Albrighton in the No 10 role.

It is not a position the winger had occupied before, but the idea was for Albrighton to use his diligence to stem the service into Kevin De Bruyne and David Silva in central areas.

It was a defensive strategy that worked for most of the first period, but in truth he did not manage to greatly influence the match.

Against a West Ham side who might look to play direct on Friday, I would expect the more attack-minded Mahrez to perform in that central berth.

His slippery movement and ability to unlock defences with a match-changing pass or cross makes him ideal for this role.