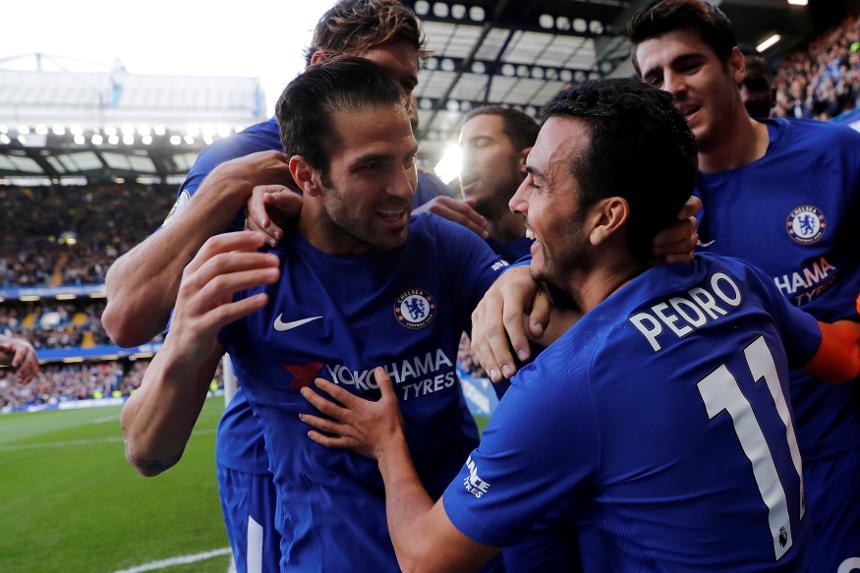 Struggling to afford Eden Hazard or Alvaro Morata? The Scout has an alternative route into Chelsea's attack

Until now the Chelsea playmaker has remained largely under the radar.

But a switch in tactics may just unlock Cesc Fabregas's FPL potential, as recent statistics would suggest.

Over the last four Gameweeks Fabregas has recorded more shots (11) and key passes (15) than any Chelsea player.

Only four players in the entire game have fired more attempts in that period, while only Mesut Ozil (£9.3m) can match his tally of chances created.

Deployed as part of a central midfield three in a 3-5-1-1 formation, Fabregas has the freedom to join the attack, with N'Golo Kante (£4.9m) and Tiemoue Bakayoko (£5.1m) taking up defensive duties.

That has increased Fabregas's attacking influence and suggests he can improve upon last season's five goals and 15 assists.

He has the fixtures to translate his impressive statistics into FPL points.

Chelsea travel to West Bromwich Albion on Saturday - one of six matches over the next seven Gameweeks that score two in the Fixture Difficulty Rankings (FDR).

Fabregas has taken 21 of Chelsea's 23 corners over the last four Gameweeks and his ability at set-pieces could be a key factor against the Baggies.

That is because West Brom have conceded 30 headed shots this season, only AFC Bournemouth (32) allowing more.

Part of only 4.8% of squads, Fabregas is a ready-made differential with the fixtures and the FPL pedigree to deliver exceptional value.