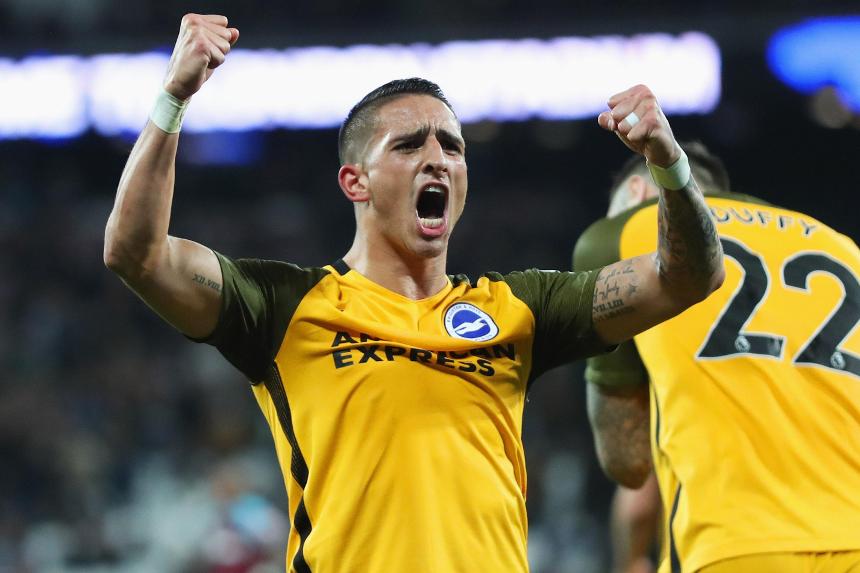 The Brighton & Hove Albion midfielder can now become a factor in our Fantasy seasons.

Last season’s Championship Player of the Year is showing signs of producing on the Premier League stage.

A goal, an assist and five bonus points have earned him 22 FPL points over the last four Gameweeks.

That has kept pace with team-mate Pascal Gross (£5.9m).

Gross has been a major success for the Seagulls and his two goals and five assists have given FPL managers a cut-price option.

He ranks top for points per million (9.8) among midfielders and sits in 19% of squads.

But that could be set to change.

Knockaert has shown great progress over the last four Gameweeks when compared with his early-season displays.

He failed to create a single big chance (a chance where the receiving player is expected to score) in his opening seven Gameweeks.

But over the last four matches only Raheem Sterling (£8.2m and four) has created more than his three big chances.

He has also had more shots in the opposition penalty area (four) over this spell than in his previous seven appearances (three).

The Potters have conceded 22 goals from their 11 matches, with West Ham United (23) the only side to allow more.

Five of Brighton's next six opponents at the Amex Stadium score two in the Fixture Difficulty Rankings (FDR).

That gives Knockaert the opportunity to build on recent form and surpass the FPL value offered by team-mate Gross.