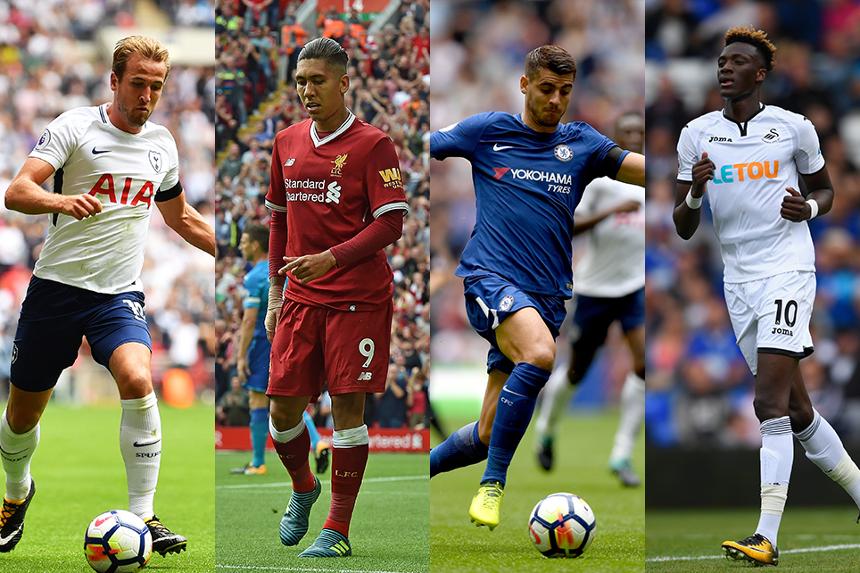 With the international break a popular time to put the Wildcard chip in play, The Scout ends his series of articles looking at targets in each position by revealing his top candidates up front.

The Golden Boot winner for the past two seasons is yet to find the net, returning only four points.

But statistics show that Kane has been very unfortunate.

He has fired 24 shots, with 18 of those attempts from inside the penalty area, to score 303 for ICT Threat.

Kane has lost over 300,000 FPL owners since the start of the season.

However, following his Gameweek 4 trip to Everton, Kane's next four opponents all score only two in the Fixture Difficulty Rankings (FDR).

The top-scoring forward with 26 points, Firmino has acquired over 210,000 new owners ahead of Gameweek 4.

He has produced two goals and two assists but it is also bonus points that have been key.

His ability to create chances gives him an edge on team-mates in the Bonus Points System (BPS).

Firmino has earned six additional points, compared with Liverpool team-mates Mohamed Salah (£9.0m and one) and Sadio Mane (£9.6m and zero), despite that pair scoring in all of their starts.

The Brazilian also looks poised for his most prolific season to date having been handed penalty kick duties by manager Jurgen Klopp.

The summer signing has settled quickly, providing two goals and a pair of assists over his three outings.

Morata's average of 88.9 minutes per league goal for Real Madrid last season was bettered only by Harry Kane (£12.5m and 87 minutes) among FPL forwards.

Chelsea face Leicester City and Arsenal next before a run of four opponents in the next five that score only two in the FDR.

The loanee from Chelsea got off the mark for his new club in a 2-0 win at Crystal Palace in Gameweek 3.

Abraham tops the Swans ranks for shots (six) and shots inside the box (five) as he bids to show the form that produced 23 goals for Bristol City in the Championship.

The upcoming schedule hands him the platform to deliver exceptional points per million value.

Each of Swansea's next seven home matches score two or less in the FDR.