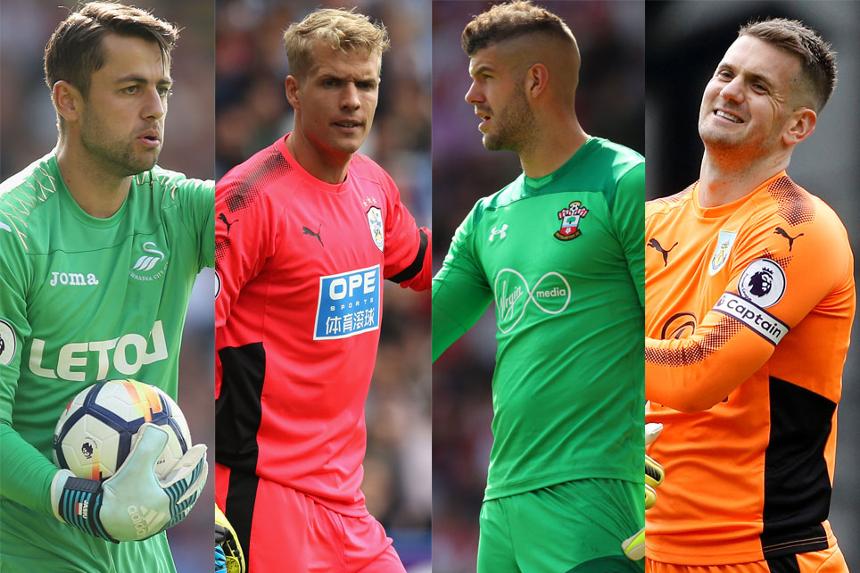 After explaining why now could be the time to play your Fantasy Premier League Wildcard, The Scout reviews, position by position, the players to consider, starting with goalkeepers.

The Pole has two clean sheets and 14 points, and has the fixtures to soar to the top of the standings.

Swansea City's next six opponents at the Liberty Stadium all score two or less in the Fixture Difficulty Rankings (FDR).

For those worried about clean sheets, Fabianski promises points from saves when he concedes.

The Terriers No 1 is the top-scoring goalkeeper after three successive clean sheets.

He is also top in the Bonus Points System (BPS) on 88, having made 11 saves and recovered the ball 36 times, second only to Crystal Palace’s Wayne Hennessey (£4.5m).

Huddersfield Town have some tough opponents to come, but Lossl can be effective when alternated with another goalkeeper according to fixture difficulty, such as AFC Bournemouth’s Asmir Begovic (£4.5m).

After claiming two clean sheets to go second to Lossl in the standings, fixtures remain key to the Southampton goalkeeper's appeal.

Forster has five home matches over the next eight Gameweeks, with seven of his opponents scoring two or less in the FDR.

But Heaton excelled at home in 2016/17 and his next five opponents at Turf Moor all score two or less in the FDR.

Managers can rely on Heaton for points from saves in his tougher away matches.

He ranked top for stops (146) last season, which helped him score 21 bonus points, a record for an FPL goalkeeper within a single campaign.