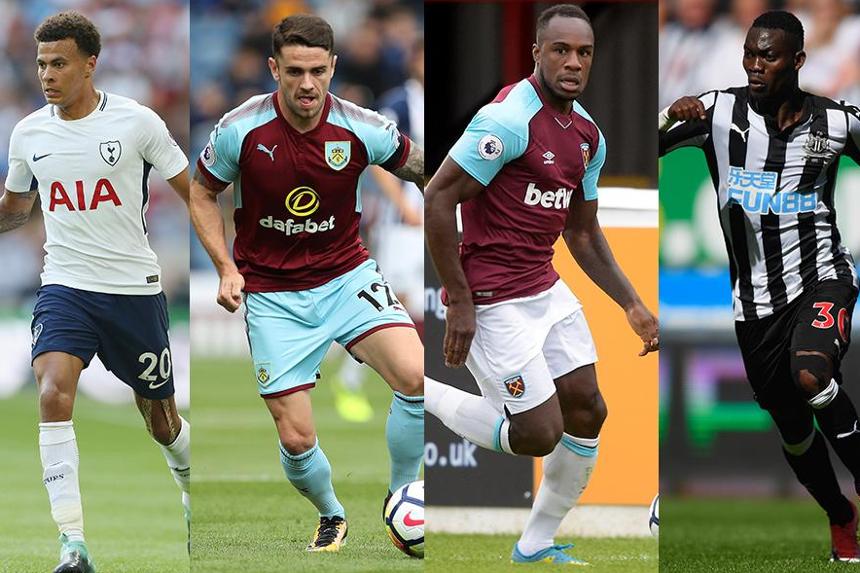 Having examined why now is a favoured time to play the Fantasy Premier League Wildcard, The Scout looks at the leading contenders in midfield to suit any budget.

Part of 35% of squads, Alli has scored twice, to suggest he can build on the form that brought 18 goals and 225 points last season.

The forthcoming schedule points to him gaining momentum.

After the Gameweek 4 trip to Everton, his next four opponents all score just two in the Fixture Difficulty Rankings (FDR).

Alli is also suspended from the next three UEFA Champions League matches, ensuring he will be fresh for domestic action.

The Irishman's delivery already looks a key weapon in his first full season with Burnley.

Handed set-piece duties, Brady has supplied more successful crosses (10) than any other player.

He has also produced 10 key passes and seven shots on goal, in matches that included trips to Chelsea and Tottenham Hotspur.

After earning an assist in the 1-1 draw with Spurs, Brady has an excellent run of home opponents who all score two or less in the FDR.

Two goals and four assists during pre-season helped secure his place in the Newcastle United side.

An assist in the 3-0 home win over West Ham United in Gameweek 3 highlights his value for money.

Newcastle's next three opponents all score just two in the FDR.

The winger has impressed in his first two appearances this season having returned from injury.

In both matches, no West Ham player can match his five shots on goal and four chances created.

Owned by just 0.5% of managers, five of his next seven matches score two or less in the FDR.

Next: The Scout analyses forward options