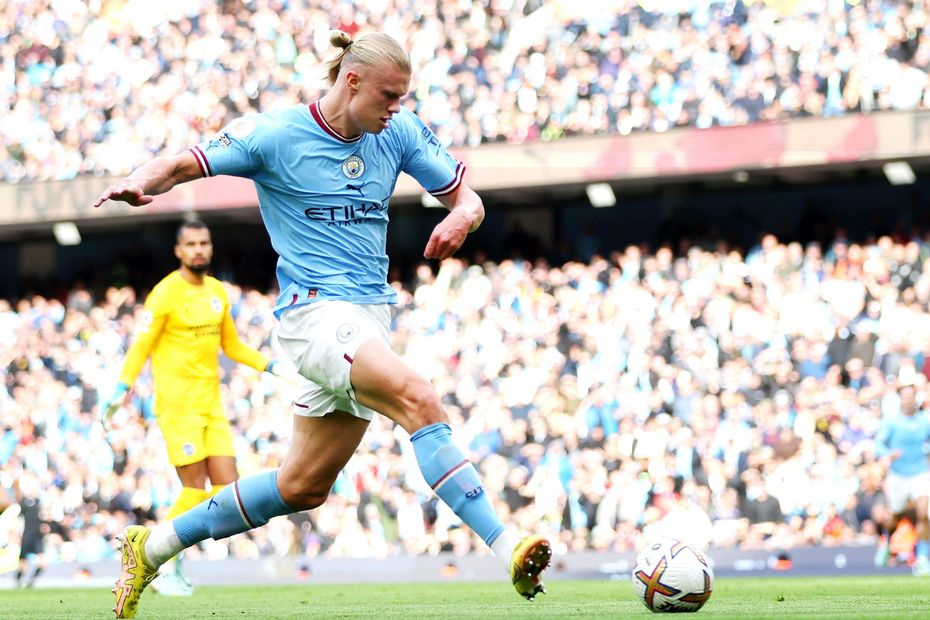 Over the last 20 years there has been a steady decline in the number of crosses.

Back in 2003/04, when it was common to see two forwards up front, there was an average of 42 crosses per match.

But natural wingers and strike partnerships have fallen out of fashion, and this season there have been just 23.8 crosses per fixture, a record low.

While using the width of the pitch to attack down the wings will always be a key tactic, there is far less inclination to deliver hopeful aerial balls.

Instead, most managers now encourage a more precise and selective approach, and this is reflected in the success rate of crosses this term.

In what is a 16-year high, 22 per cent of deliveries from wide areas have reached their intended targets.

So has that led to an increased share of headed goals? Quite the opposite. Only 14.3 per cent of strikes have come from headers this season, the second-lowest quota recorded.

The standard of finishing in the Premier League has never been higher.

Helped by the quality of the forwards across the 20 clubs, there has been a noticeable rise in shots hitting the target.

The best numbers for shooting accuracy all come from the last five years.

Top seasons for conversion and accuracy

In addition, chance-conversion rates are the best we have seen with an average 11.4% of goals from shots, including blocked efforts, this season.

Erling Haaland’s remarkable start to the season has certainly helped to inflate those figures.

Of all the players to have scored at least five Premier League goals this term, Manchester City’s superstar leads the way with the best conversion rate.

In news that will please football supporters who enjoy the physical side of the game, tackling is also on the rise.

But across the last two campaigns there has been a bounce-back. Last term the average stood at 32.7, and this season it has climbed further to 34.1.

A more lenient approach from referees, with a well-publicised increase in the threshold for awarding a foul, appears to have encouraged more physicality.

Interestingly, this increase has not resulted in more red cards.

Indeed, only 12 players have been sent off this season, putting us on course for around 31 dismissals by the end of the campaign.

In the previous two seasons there have been 43 and 48 red cards.