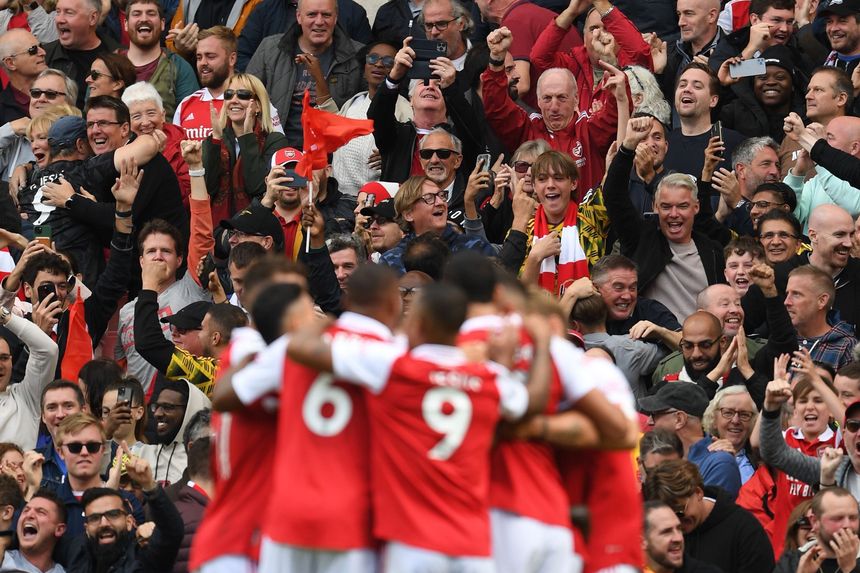 Adrian Clarke looks at tactical trends of the 2022/23 season so far.

Premier League teams have enjoyed playing in their own stadiums this season, racking up the third-highest ratio of home wins since the competition began in 1992/93.

During the 2020/21 campaign, which was played almost entirely behind closed doors, we saw the lowest success rate for hosts, with teams winning in their own empty ground just 37.9 per cent of the time.

That figure climbed last term to 42.9 per cent, thanks in part to the welcome return of fans, and there has been an even more significant jump this season.

Fifteen clubs currently have a positive goal difference from their home matches.

That is an increase on the last two seasons, when only 11 teams scored more than they conceded in their own stadium.

The number of goals is increasing in general.

Last season there was an average of 2.82 goals per match, and this term the number has risen to 2.87.

Most of the league's leading sides have found it easier to breach visiting defences.

Arsenal, Manchester City, Tottenham Hotspur, Liverpool and Newcastle United have all scored more goals per home match than they did last term.

While we could question the resilience of some teams who have been on the wrong end of heavy away defeats, there also seems to be an increase in head coaches who are willing to play with an attack-minded philosophy both home and away.

Fewer away teams have chosen to sit back and play in an ultra-defensive manner and, although results have gone against them more often, it has made for tremendously exciting matches and, ultimately, more home wins.

Part 1: Back fours on the rise
Part 3: How corners are a growing threat
Part 4: Fewer crosses and more clinical finishing