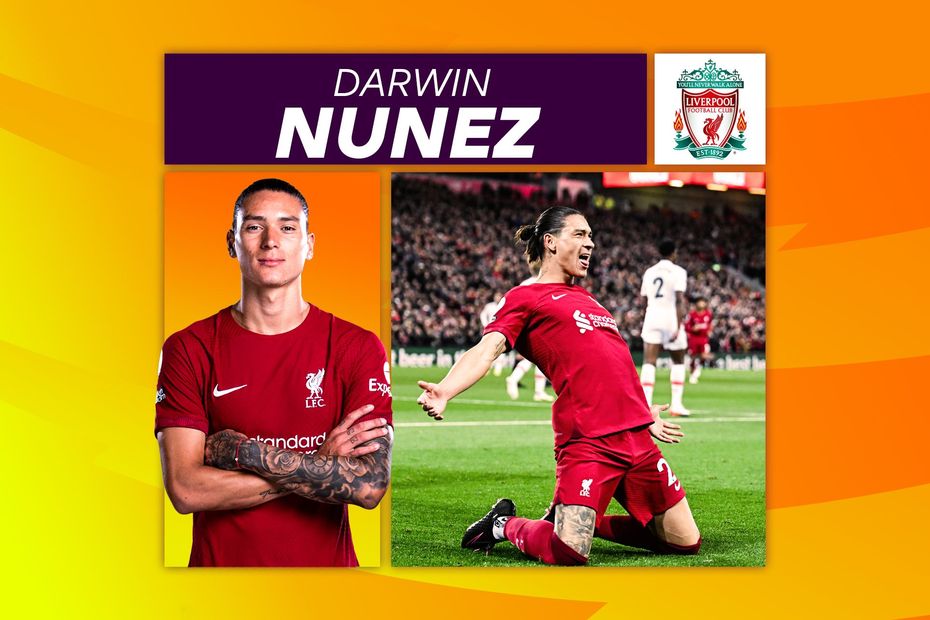 Classic match: Liverpool fight back to beat Spurs
Budweiser Goal of the Month shortlist for October 2022

Having scored five times in his last seven appearances in all competitions, Nunez is starting to look at home in a Liverpool shirt.

Nunez was sent off on his full Premier League debut in a 1-1 draw with Crystal Palace in August but he has recovered well from such an inauspicious start.

The 23-year-old has won supporters over by tormenting opposing defenders with his pace, movement and work rate. Indeed the Uruguayan is fast becoming one of the most feared strikers in the division.

Tottenham Hotspur's defence will certainly have to work hard to contain his threat when they host Liverpool on Sunday.

The former Benfica star is the fastest centre-forward in the Premier League.

Clocked at a speed of 36.53 km/h Nunez is not only Liverpool's quickest player but he is second only to Everton's Anthony Gordon in the Premier League.

Whenever Nunez makes a forward run he can explode past his markers. Those electric bursts down the centre are going to provide Liverpool with a new dimension throughout this season and beyond.

Whether he leads the line on his own or is part of a strike pairing, Nunez’s blistering pace gives the players behind him an outlet for longer passes aimed in behind.

Nunez is also a willing runner inside the opposition half.

Undeterred if a team-mate does not spot his initial run, the Uruguay international is content to stay on the move and make another one.

This weekend he will looking to add Spurs to that collection.

While his pace is a fabulous asset Nunez is also outstanding in the air, as shown by the superb glancing headers he scored against West Ham and Ajax.

Nunez is a natural when it comes to putting himself in good goalscoring positions.

No one in the Premier League comes close to his average of 6.67 shots per 90 minutes.

The next step for Nunez is to develop a more clinical edge in front of goal.

His chance-conversion rate is a modest 11.1 per cent, but should that improve, he will score a hatful of goals for the Reds in the weeks and months to come.

With his best years now approaching, Nunez has the potential to develop into one of the world's leading strikers.