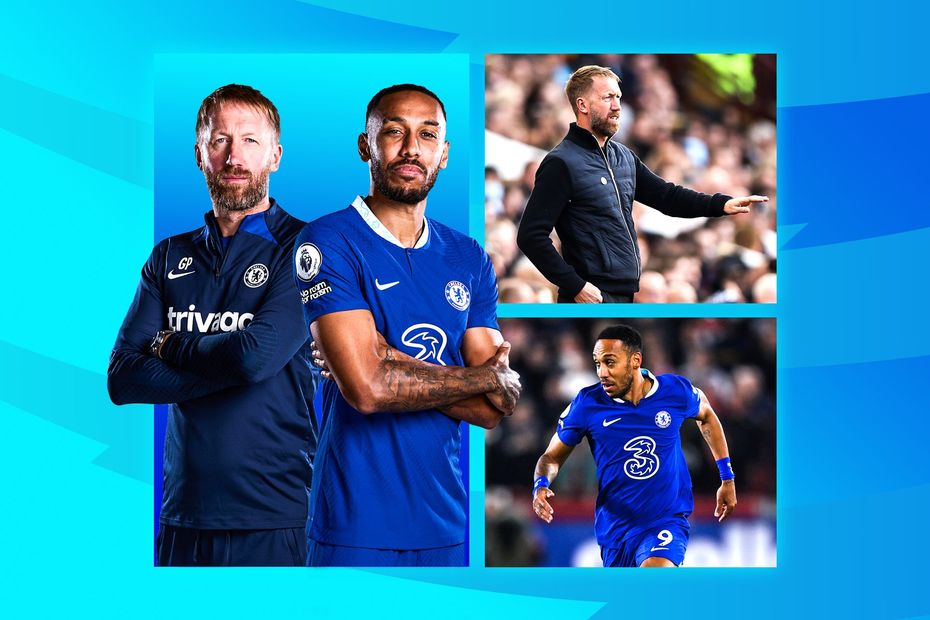 In the wake of Chelsea’s 4-1 defeat at Brighton & Hove Albion last weekend, all eyes will be on how Graham Potter reacts with his plans for their home match against leaders Arsenal on Sunday.

The Blues head coach has preferred to start with a 3-4-2-1 formation since arriving at Stamford Bridge, but may consider a rethink.

Potter's use of forwards Raheem Sterling and Christian Pulisic as wing-backs in that Brighton loss did expose some defensive frailties.

Central midfielders Mateo Kovacic and Ruben Loftus-Cheek struggled to get across to provide cover out wide, while Chelsea’s wide centre-backs were overloaded down the flanks.

Arsenal wingers Bukayo Saka, if fit, and Gabriel Martinelli – regularly supported by Granit Xhaka and Martin Odegaard - have been especially influential this season, so it is vital Chelsea fix that problem.

Mikel Arteta’s midfield axis of Thomas Partey, flanked by Xhaka and Odegaard, is in excellent form.

Together they are flowing beautifully as a trio and when Partey is allowed time and space to dictate play with his distribution, Arsenal always look a better side.

In Chelsea’s 3-4-2-1, there is no obvious individual who could be assigned to shackle Partey, aside from Pierre-Emerick Aubameyang or Kai Havertz, dropping in from a striker’s position.

If Chelsea start with a two-man centre midfield pairing, they would also struggle to get close to him without leaving the players behind them vulnerable.

For these reasons, it would not be a surprise if Potter opted to change his shape.

At Brighton, he occasionally used a 3-5-1-1 and a 3-3-3-1, which on paper at least, are formations best-suited to cope with the Gunners' midfield.

Aubameyang will be eager to make his mark against his old team-mates.

The 33-year-old impressed when scoring home and away against AC Milan in the UEFA Champions League and he also found the net on his Premier League debut for Chelsea, in a 2-1 success at Crystal Palace.

Since then, he has been less influential and has made minimal impact in his last four top-flight appearances.

As the above stats show, Potter has been unable to extract the kind of end product they would like from Aubameyang.

Six team-mates are averaging more touches inside the box than the former Gunners captain and he ranks fifth for shots per 90 minutes, too.

Aubameyang thrives on receiving early service before defenders are set and is also dangerous from quick transitions, which Chelsea must aim to create.

Chelsea lie 10 points behind Arsenal ahead of kick-off and that is mainly down to a lack of consistency at both ends of the pitch.

The expected goals data suggests Potter's men have been fortunate not to concede more often from open play and. at the other of the pitch, they have struggled badly to create clear-cut opportunities.

Reece James' injury has undoubtedly impacted this, affecting the balance of the team.

Arsenal, by comparison, have been far stronger in attack and defence.

This is a period of transition for Chelsea, with Potter frequently having to experiment with new ideas, so it will be interesting to see how he approaches this eagerly anticipated London derby.