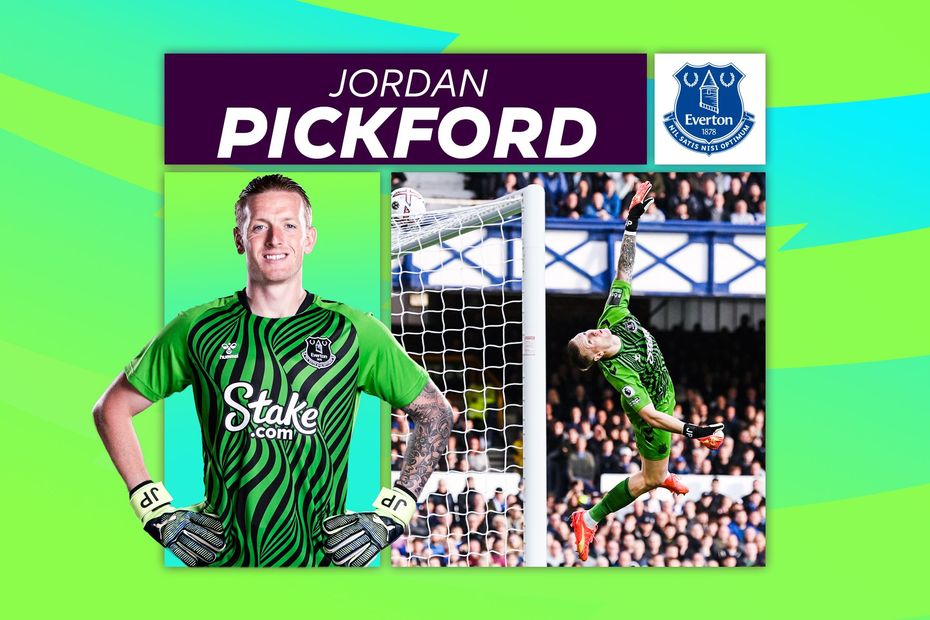 James: Pickford has everything as a goalkeeper

WATCH: Best Of Pickford In 22/23 So Far... External Link
Goal of the day: Rodriguez's wonder strike against Leicester

Everton’s Pickford is enjoying his best-ever start to a Premier League season.

Only two other goalkeepers, David Raya of Brentford and Nottingham Forest’s Dean Henderson, have made more stops than Pickford, who has produced a string of influential performances.

Ahead of facing Leicester City on Saturday and with the the FIFA World Cup right around the corner, Everton and England’s No 1 could not be in better form.

While there is no question that the arrivals of central defenders James Tarkowski and Conor Coady have improved Everton, the side have still regularly been bailed out by Pickford’s brilliance.

Last time out, he conjured up a wonderful reflex save from a close-range strike by Fulham’s Willian in the latest in a series of decisive stops that have highlighted his outstanding agility.

🧤 @JPickford1 at his best. pic.twitter.com/nnlVzbQSLr

According to Opta's Expected Goals Prevented (xG Prevented) model, Pickford has kept out 4.5 shots that should have been goals.

When you study the saves that have carried the highest degree of difficulty for Pickford this season, two clear patterns emerge.

Firstly, he has pulled off more game-changing saves when diving to his left.

Secondly, many of his best stops have been from efforts on goal that were several feet off the ground.

By staying big in his stance he is able to react sharply to shots aimed towards the top corner of his goal.

Pickford has always been regarded as a sharp shot-stopper, but his numbers this term are currently way in advance of anything he has produced in recent years.

From close-range attempts, Pickford has been the Premier League’s very best.

His incredible 79.59 per cent success rate is way ahead of second-placed Nick Pope at Newcastle United on 71.88 per cent.

No one has made more saves from inside the area either.

When you compare Pickford’s stats with the previous three campaigns, it makes for extremely interesting reading.

The strides he has made across the opening 12 matches are put into context when you see he has managed a 22.6 per cent climb in his save-success percentage of shots inside the box.

There may be concerns among Everton fans that a bright start might not be sustainable for Pickford, given his previous record.

This is a fair point, but even if he does suffer a slight drop-off in the coming months, he is still on course for a terrific campaign.

Pickford save % over last four seasons

Pickford is one of only two regular first-choice 'keepers, the other being Lukasz Fabianski, not to have conceded more than two goals in a Premier League match this season.

If this weekend's opponents Leicester are to become the first, their shooting will need to be especially clinical.