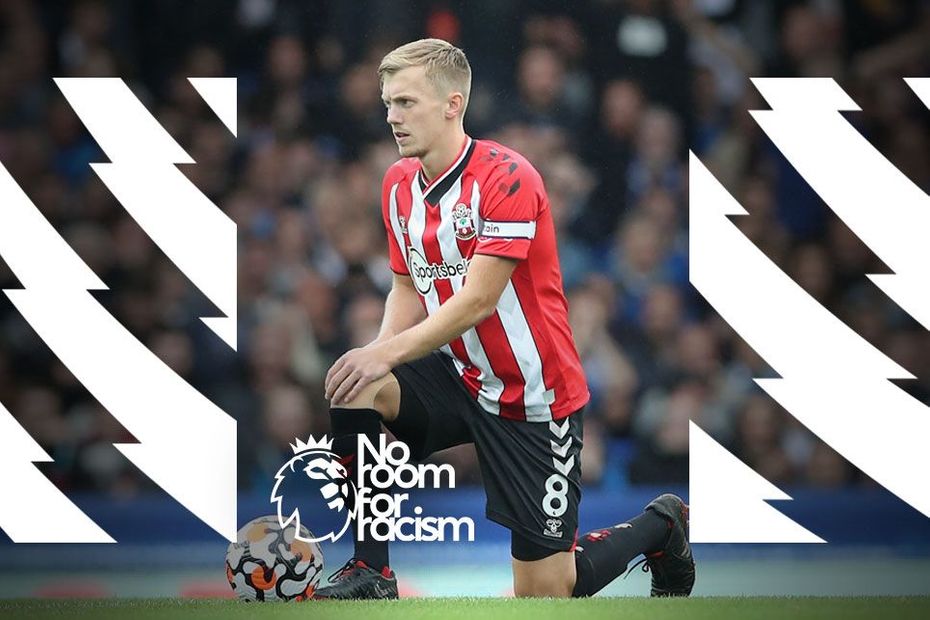 When James Ward-Prowse joins his Premier League players in taking the knee this weekend and next, he believes they will send a powerful message about fighting racism to the next generation of fans at home and abroad.

Over the next two weekends, all Premier League matches will be dedicated to No Room For Racism and as part of this, players will take the knee ahead of kick-off before all 20 fixtures during this period to demand change.

🗣 "Our actions are having those impacts across the world"@Prowsey16 is calling on the #PL, its clubs, its players and its fans to drive positive change in the fight against racism@SouthamptonFC | #NoRoomForRacism pic.twitter.com/QhRvNEEhEK

"It's a huge topic," Ward-Prowse says. "Not just in football but across the world.

"Our actions are having those impacts across the world and we want to make sure we can drive those messages home for the younger people coming through and hopefully get rid of it.

The Southampton midfielder has his own personal experience of seeing how taking the knee can influence the young.

"My three-year-old son, when we play football in the garden, will take the knee before we play," he says.

"He's not going to understand the meaning of it just yet but he sees Premier League footballers taking the knee, he takes it and will probably ask a question around why?"