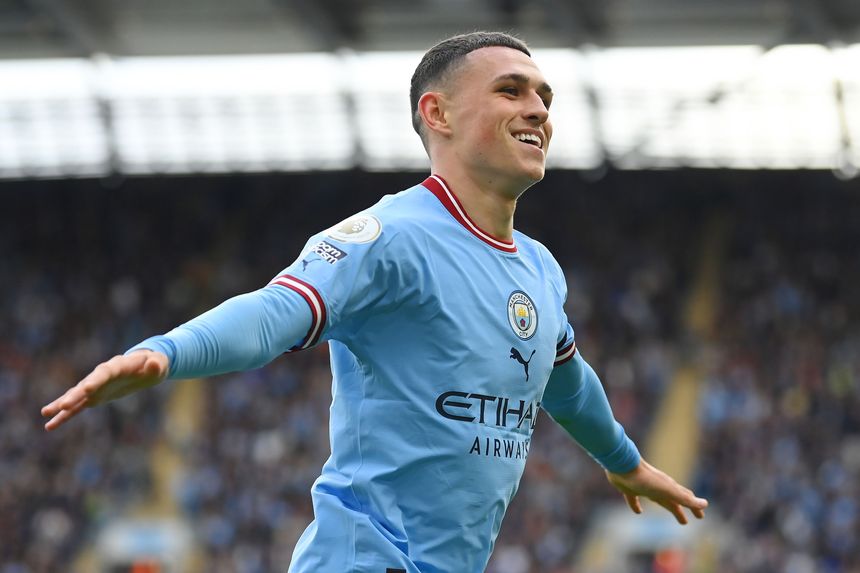 Man City star can be a key pick in the period up to the FIFA World Cup, says the Scout

Foden: There's more to come from my partnership with Haaland! External Link
GW9 FPL stats: Haaland repays record number of managers
Who is suspended or close to a ban?

With his hat-trick against Manchester United, Phil Foden (£8.1m) strengthened his appeal as a key target in midfield in Fantasy Premier League.

The Manchester City star earned his career-high haul of 19 points and moved just two points behind the 53 of team-mate Kevin De Bruyne (£12.3m) at the top of the midfield standings.

Foden has blanked only once in his last five appearances, scoring four goals and assisting two.

Costing over £4.0m less than De Bruyne in Fantasy, the England man could prove outstanding value for the champions' favourable schedule.

According to the Fixture Difficulty Ratings (FDR), four of Man City's six matches before the season stops for the FIFA World Cup score only two.

Our Move of the Match 🚀💫

Foden’s form is in stark contrast to the poor output of a number of popular midfielders in Fantasy.

Martinelli can be found in 47 per cent of squads, yet the Arsenal star has managed only one goal and an assist in his last five appearances.

Salah has returned one goal and three assists in his last six outings, while his Liverpool team-mate Diaz, who was benched against Brighton & Hove Albion, has one assist in three.

This suggests that managers should look to gain an advantage over their rivals by freshening up their midfield for the coming period.

James Maddison (£8.0m), Wilfried Zaha (£7.3m) and Jarrod Bowen (£8.1m) all have the schedules to emerge as key figures in the next seven Gameweeks.

Leandro Trossard (£6.7m) is also proving popular on the back of his hat-trick against Liverpool.

The Brighton star is the most-bought player ahead of Gameweek 10, earning over 380,000 new owners. He has amassed 48 points in his last five outings, scoring five goals and assisting two.

Finally, Leeds United's Rodrigo (£6.3m) is another player to consider after he returned from injury against Aston Villa at the weekend.

The Spaniard produced four goals, an assist and 35 points in his first three matches of 2022/23 before being sidelined in Gameweek 5.

Crucially, Rodrigo was selected ahead of Patrick Bamford (£7.3m) as Leeds' lone forward on Sunday afternoon, highlighting his appeal as an "out-of-position" prospect for Fantasy managers.