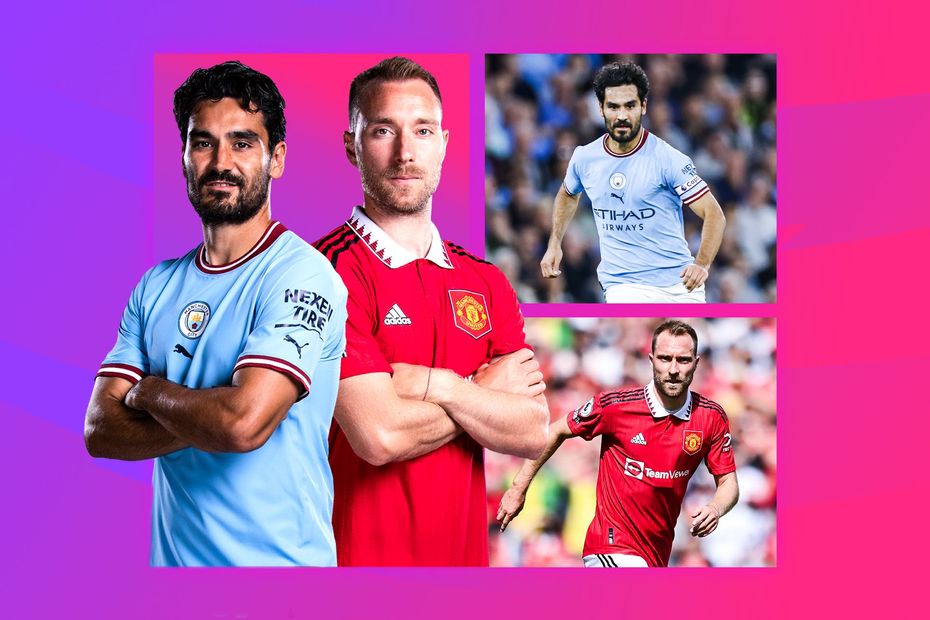 Gundogan and Eriksen will try to use their tactical intelligence and experience to decide Sunday's Manchester derby.

This season, both are playing to the left of centre, inside Manchester City and Manchester United’s midfield respectively.

Gundogan and Eriksen are both capable of making the difference by producing an incisive through-ball, or with a telling run from deep. They are also in excellent form.

Gundogan is a goalscoring midfielder, netting 21 times in the Premier League across the previous two seasons.

He has two more to his name already this term, popping up in trademark fashion to score against AFC Bournemouth and Newcastle United from inside the box.

The 31-year-old is also an underrated creative influence for City.

Gundogan may not have topped four league assists in a top-flight season yet, but he has been outstanding when it comes to creating chances so far this term.

Laying on 16 chances in open play from seven appearances, five of which were starts, the Germany international is among the division's leading creators.

Only three players, including City team-mate Kevin De Bruyne, can better his ratio per 90 minutes.

Heading into the 2022/23 campaign there was uncertainty over where Eriksen would be used in Erik ten Hag’s starting XI, especially in a side containing Bruno Fernandes.

But those doubts have been quickly dispelled, with Eriksen establishing himself in a more orthodox central-midfield role alongside Scott McTominay.

Playing a decisive role in all three goals, his vision and execution of progressive passes stood out.

His awareness of space also shone through when he ran in behind a high Gunners backline to set up Marcus Rashford for the third goal.

Eriksen's experiences with Ajax, Tottenham Hotspur and Inter Milan prepared him well for the mentality required to thrive under pressure at a club the size of United and he has settled quickly.

When in possession he brings an air of calm to his new side's play, and is happy to attempt brave forward passes. Eriksen has unquestionably improved United's build-up play.

No-one has made more successful passes in the opposition half or fed a greater number of passes into the box than the Dane, who played so well for Brentford last term.

The 30-year-old has also shown the confidence to push on and try his luck with shots on goal; he leads United's rankings for shots on target.

Eriksen and Gundogan have shown great confidence and intelligence this season and it could well be the better schemer on the day who determines the winner of the derby.