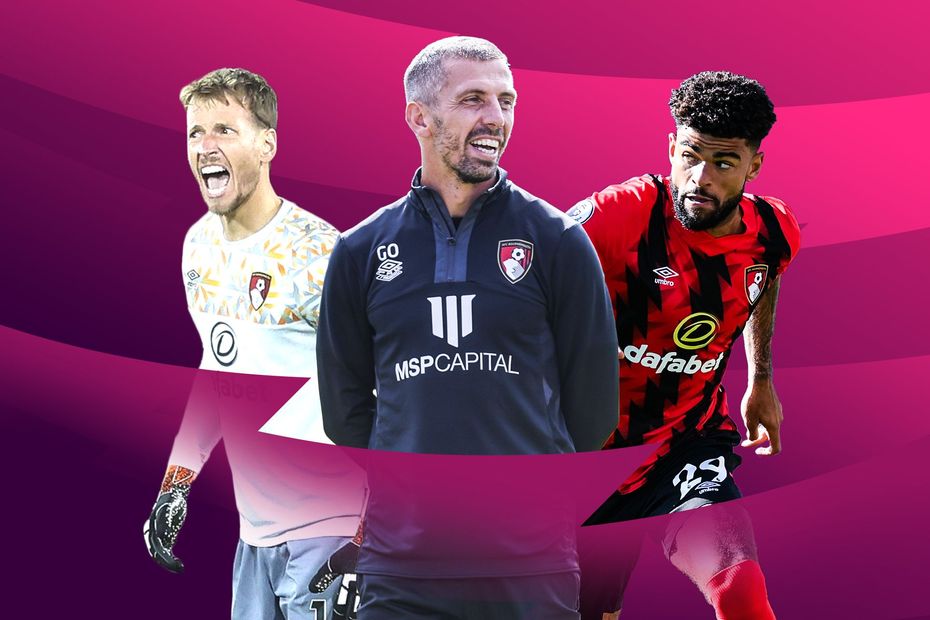 Interim head coach O’Neil has brought fresh positivity to an AFC Bournemouth squad who have rallied since Scott Parker’s departure.

O'Neil has changed the formation and instilled a more determined, attack-minded attitude to steer the Cherries to a three-match unbeaten run in his first managerial job, earning a nomination for September's Barclays Manager of the Month award.

After stopping a three-match losing run with a goalless draw at home to Wolverhampton Wanderers, O'Neil's tactical tweaks inspired a memorable 3-2 comeback win at Nottingham Forest, and last time out Newcastle United manager Eddie Howe described his former club as "very well coached" after a 1-1 draw.

The Brazilian kept a clean sheet on his top-flight debut against Wolves and made a string of saves at Newcastle to help the Cherries earn another valuable point.

The 33-year-old who arrived from Barcelona has also shown more authority inside his box, making more catches and punches than Travers, fully justifying O'Neil's call.

Billing has responded brilliantly, scoring in successive matches and being shortlisted for September's EA SPORTS Player of the Month award.

This man is on fire 🔥🔥 pic.twitter.com/y8YU3ogxm9

O'Neil immediately moved away from Parker’s defensive 5-4-1 formation, switching to 4-2-3-1. But in all three matches he has chosen to revert to a back three during the second half.

The key difference with that pattern is that the players are pushing higher up to make that shape more of an offensive 3-4-2-1.

O’Neil’s tactical shift made a huge difference at Forest, where his side came back from 2-0 down to win.

In that match, it was noticeable how much he encouraged his midfielders and wing-backs to take more risks by making runs into advanced areas.

The stats below prove that AFC Bournemouth have been bolder in an attacking sense since the change was made.

When Billing converted against Newcastle in their last encounter, five Cherries players were inside the Magpies' penalty box.

O’Neil has reduced caution and given his players the confidence to try and get at their opponents.

They may have had the fewest shots in the division, but AFC Bournemouth are a fit, hard-working side who have outrun each of their seven opponents.

That said, O’Neil’s arrival has still sparked a significant upturn in the distance covered by the players per 90 minutes.

Following their 9-0 defeat at Liverpool, AFC Bournemouth players ran an extra 7.5km in their next match at home to Wolves, totalling 115.4km.

That was O’Neil’s first match and the team have followed that up by recording their second and third-highest numbers for distance covered in the next two outings.

They are posing an increased goal threat because of additional forward runners, and in defence that collective endeavour has given them a more compact defensive shape.

O’Neil’s efforts so far have been very impressive.