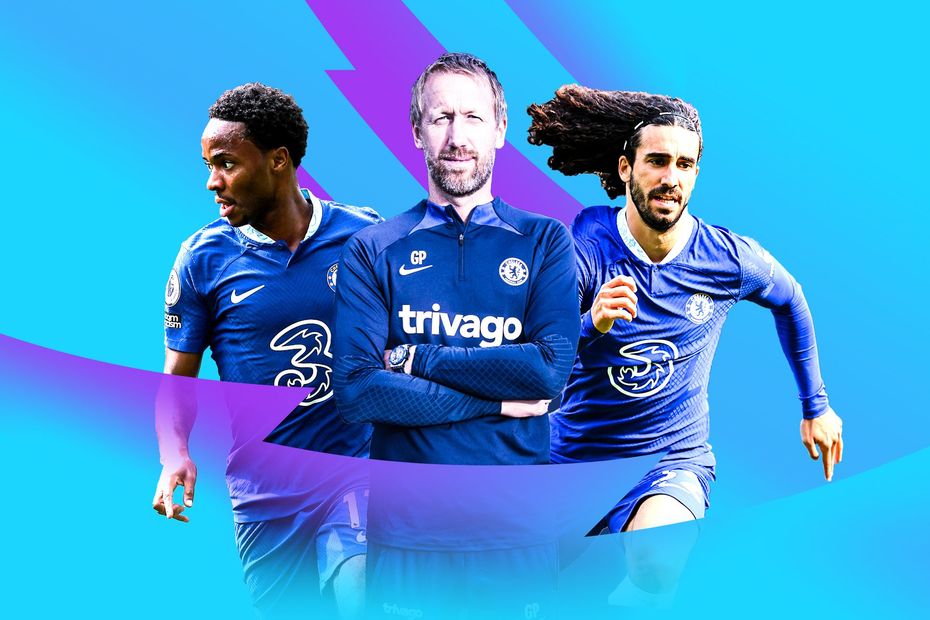 Chelsea are likely to become a more tactically versatile side under new head coach Potter in the months ahead.

The 47-year-old likes adaptable players who can switch positions seamlessly. This fits well with his flexible, strategically fluid style of in-game management.

Under Thomas Tuchel, Chelsea usually lined up in a 3-4-2-1 or 3-4-1-2 formation, but from the start and middle of matches, Potter will ask his players to fit into a wide range of shapes.

During 2021/22, he used 13 different systems of play at Brighton & Hove Albion, the most of any Premier League head coach. His preferred set-up was 3-5-2, but this only featured in 23.7 per cent of Brighton's matches.

Potter likes to keep rival managers guessing when it comes to the tactical structure of his team.

In Potter's first match in charge of Chelsea, a 1-1 draw with RB Salzburg in the UEFA Champions League, we witnessed some of his early ideas.

The use of Raheem Sterling as a left-wing back will have shocked some observers, but at Brighton he would often put Leandro Trossard, a similar attacking player, in that role, too.

Sterling was not inhibited by this unusual role, enjoying eight touches in the opposition box and putting his team ahead.

Pressing with organisation and detail also forms a key part of Potter's philosophy.

He likes to set up traps, especially when opponents pass out from the back.

So, keep a lookout for changes to the way Chelsea defend inside the opposition half.

Central midfielders and wide attackers will be asked to step forward and pressurise opponents with greater frequency.

Chelsea's upcoming opponents must be wary of this change of tact when they keep possession inside their own half.

Brighton had a reputation for creating lots of opportunities, but scoring relatively few goals.

Their 8.9 per cent conversion rate was the lowest of all 17 sides who did not get relegated last term.

They also ranked 16th for the number of shots they attempted per goal, way behind Chelsea (sixth), who needed an average of 3.6 fewer shots to find the back of the net compared to Brighton.

Working with better finishers at Stamford Bridge, there is a hope that Potter's formula will yield far more goals at Chelsea.

This is an exciting opportunity for Potter, who has rightly been recognised as one of the brightest coaches in the division.

Next: How O'Neil's changes have lifted AFC Bournemouth