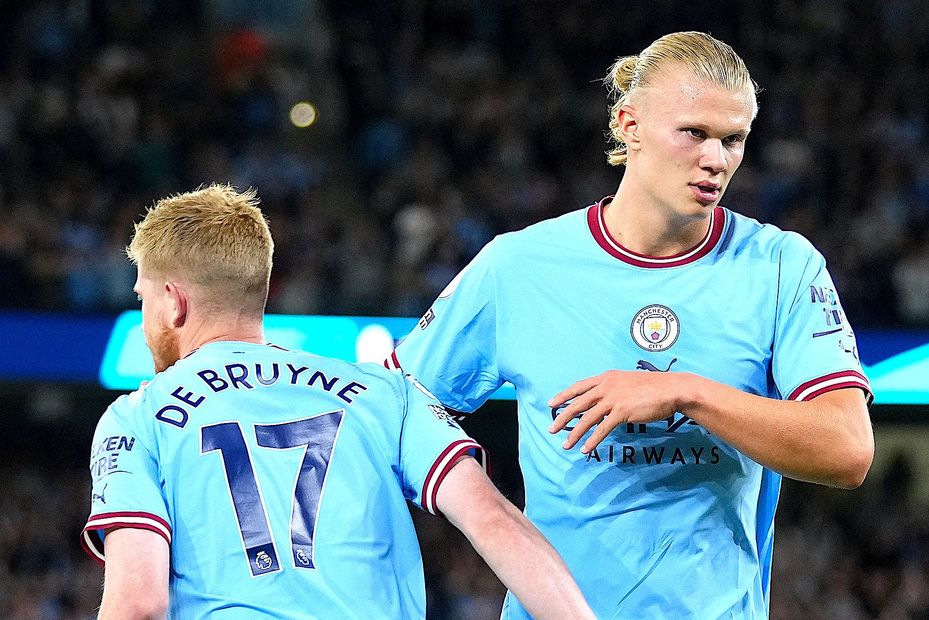 The Scout on what to do with Cancelo, De Bruyne and Haaland ahead of Man City’s Blank Gameweek 12

All three are among the six top-scoring players in Fantasy over the opening eight Gameweeks.

However, Man City’s schedule somewhat lessens the potential of a triple-up in the short term.

Pep Guardiola’s side have a Blank Gameweek 12 on the horizon, in addition to a Gameweek 11 trip to Liverpool. They also have a home derby with Manchester United in Gameweek 9.

How to plan, of course, depends on whether managers still have a Wildcard to play.

Over 82,000 Fantasy managers currently have the chip active during the first international break of the season.

If they intend to keep three Man City players, they should limit the number of Arsenal players they own.

The Gunners also have a Blank Gameweek 12, facing Tottenham Hotspur and Liverpool beforehand.

Holding on to the Wildcard until Gameweek 13 could therefore prove a wise tactic.

This would allow managers to "dead-end" their team, giving them a potentially big advantage of selling De Bruyne and Haaland for replacement big-hitters in Gameweek 12 before immediately bringing both back in on their Wildcard.

Man City’s schedule from Gameweeks 13-16, which are the final four rounds of matches prior to the season breaking for the FIFA World Cup, makes a triple-up a must-have.

Certainly, those without Wildcards must retain Haaland, at least, given his relentless scoring run and huge 80 per cent ownership.

Holding both Haaland and Cancelo will require strong benches for Blank Gameweek 12, with De Bruyne the most disposable of the trio.

The Spurs star delivered his season-high 19 points last weekend with a hat-trick against Leicester.

Meanwhile, Liverpool's run of opponents from Gameweeks 12-16 looks very encouraging for a return to form for Salah.