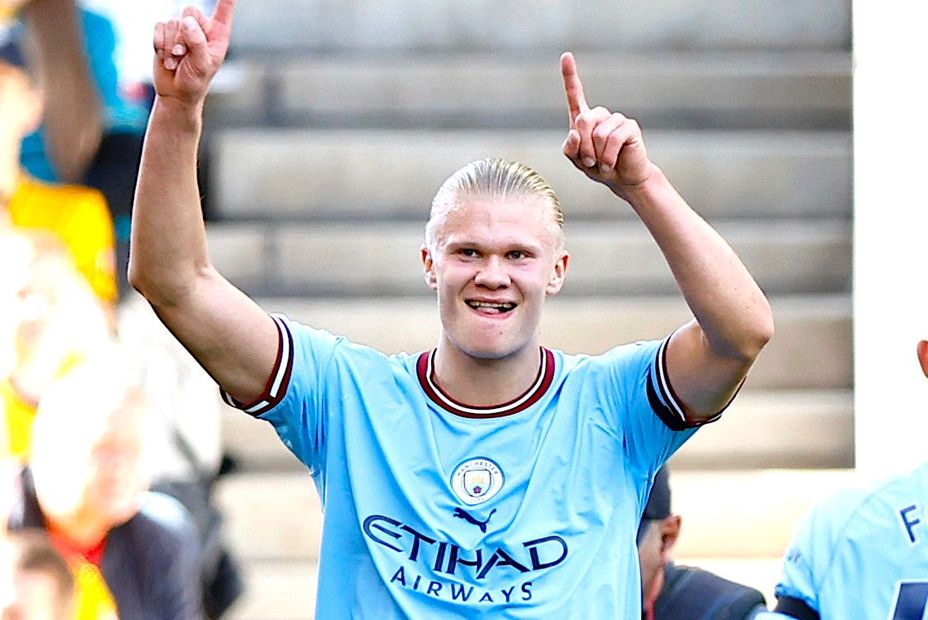 Erling Haaland (£12.0m) scored his 11th goal of the season to reward the record six million Fantasy Premier League managers who captained him in Gameweek 8.

Haaland surpassed his own record of 5.4m armband backers from Gameweek 6, and is still yet to blank in Fantasy.

He has become the first player in Premier League history to score in their first four away appearances in the competition.

Just under a million managers instead chose Gabriel Jesus (£8.1m) as captain and that decision was justified as the Arsenal forward matched Haaland's haul.

Jesus scored his fourth goal of the season and, although he was booked, he picked up a bonus point following Arsenal's 3-0 win at Brentford.

Completing the top three captains, Harry Kane (£11.4m) added to his remarkable record Leicester City to bring joy to the 665,000+ managers who handed him the armband.

Having produced 125 points in 13 starts against the Foxes before Gameweek 8, the forward produced a goal and an assist in Spurs' 6-2 win.

A number of managers used a chip to bring in Kane. Over 660,000 Wildcards were played ahead of Gameweek 8, along with more than 524,000 Free Hit chips, both season-high totals.

Like his team-mate Haaland, Kevin De Bruyne (£12.3m) also rewarded his backers, with the Belgian being the second most-signed player in Fantasy for Gameweek 8.

De Bruyne provided two assists against Wolves, taking his tally to six in FPL this season.

Including Gameweek 7, when all matches were postponed as a mark of respect for Her Majesty Queen Elizabeth II, Trippier gained more than 1.8m new owners.

While the Magpies conceded in the 1-1 draw with AFC Boournemouth, Trippier did pick up his first assist of the season.

Newcastle's favourable schedule was a major factor behind that investment, with five of their eight opponents ahead of the FIFA World Cup scoring just two in the Fixture Difficulty Ratings.

Mohamed Salah (£12.9m) has made way for De Bruyne in many Fantasy squads.

That is partly because Liverpool have a blank Gameweek, and indeed the three most-sold players are all from Jurgen Klopp's side. But form has also played a part in the decision.

Salah has just one goal since the opening Gameweek, including a blank in a 9-0 win over AFC Bournemouth. Meanwhile, Trent Alexander-Arnold (£7.4m) has blanked in five of his six outings so far.