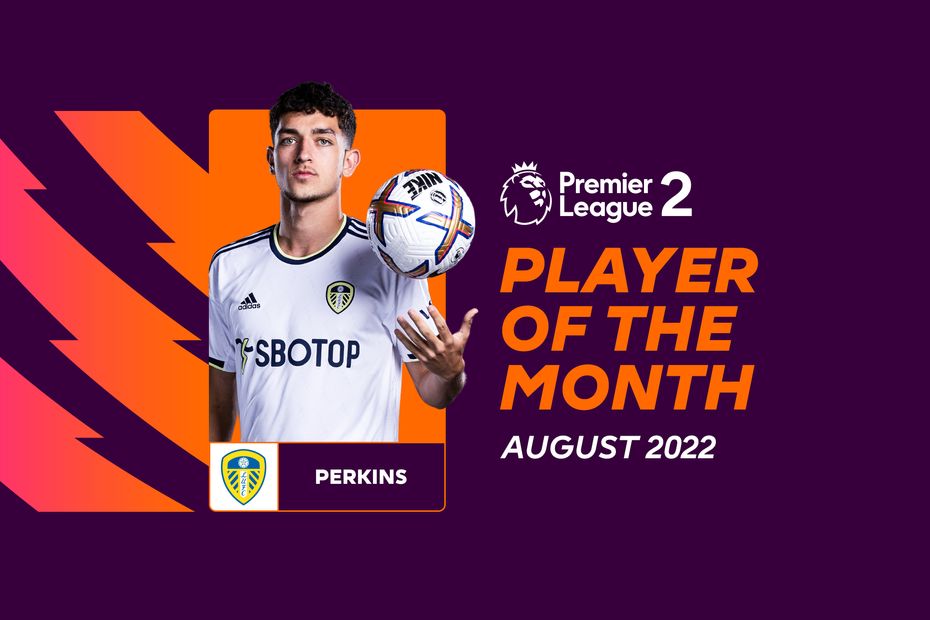 The 18-year-old summer signing earns the accolade after scoring five goals in his first four Premier League 2 Division 2 matches for the Whites, including a brace to earn a 2-1 win over Aston Villa.

Perkins claims the PL2 prize for the second time, having also won April's award during his time with West Ham United.

Perkins was selected as the winner by the Premier League Football Development Panel after PL2 club coaches chose the best performance by an opposing player in each of their league matches during August.