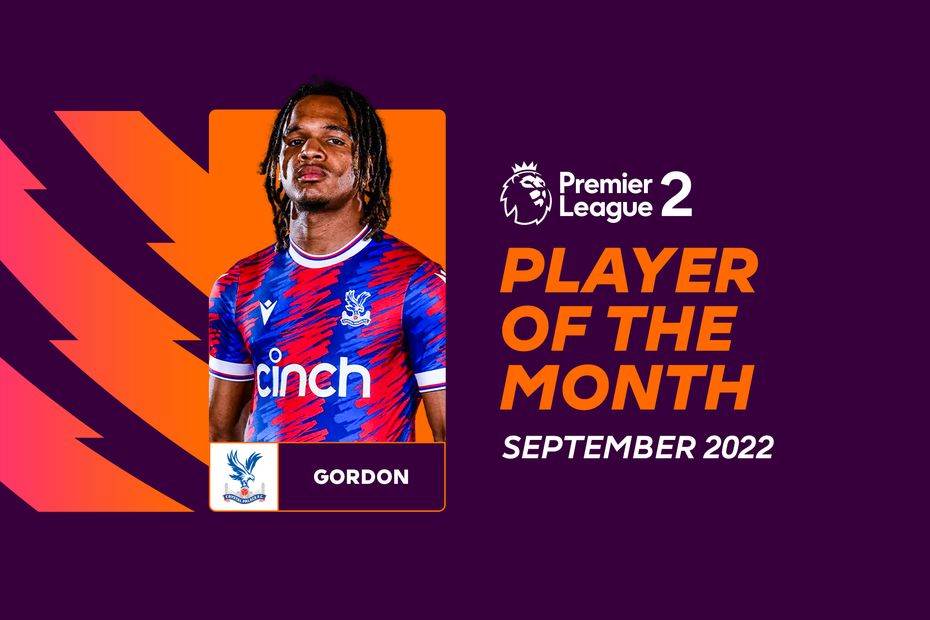 The 19-year-old earns the accolade after scoring three goals across two Premier League 2 Division 1 matches. Indeed, all three strikes came in one outing as he hit a hat-trick in a 3-0 win over Tottenham Hotspur.

Gordon's PL2 displays earned him a first-team opportunity, as he was named on the substitutes' bench for Palace's 2-1 defeat to Chelsea.

You love to see it 😍

"It feels very, very good," he told Palace's official website. "All the hard work I've been doing is paying off and the reward tops it off.

"I've been training with the first-team basically every day and I'm enjoying it a lot. Tempo's high, intensity is high, but I've had to get used to it and now I feel like I'm blending in very well."

Gordon was selected as the winner by the Premier League Football Development Panel after PL2 club coaches chose the best performance by an opposing player in each of their league matches during September.