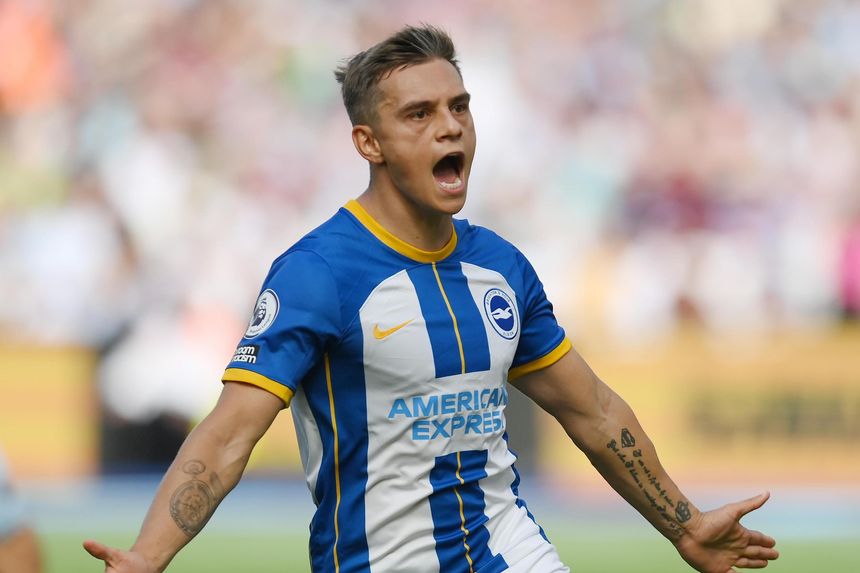 Brighton & Hove Albion’s Belgian was one of the top form players in Fantasy towards the end of last season.

After scoring his first goal of 2022/23 in the Seagulls’ 2-0 win at West Ham United last weekend, Trossard has the improving form to take advantage of their kind run of opponents.

According to the Fixture Difficulty Ratings (FDR), four of Brighton’s next five matches score just two.

That run includes home matches with Leeds United and Crystal Palace, in addition to visits to promoted pair Fulham and AFC Bournemouth.

Managers in Fantasy have turned to Pascal Gross (£5.7m) as their most popular Brighton attacker since the season started.

The German has earned over 770,000 transfers in after scoring twice against Manchester United to collect 15 points in Gameweek 1.

However, the underlying numbers suggest Trossard can emerge as Brighton's go-to attacker.

His nine shots and seven shots inside the box are both team-leading totals, while only two team-mates have bettered his four chances created.

As his side’s leading goal threat, Trossard looks well-placed to get back to his best in the upcoming period.