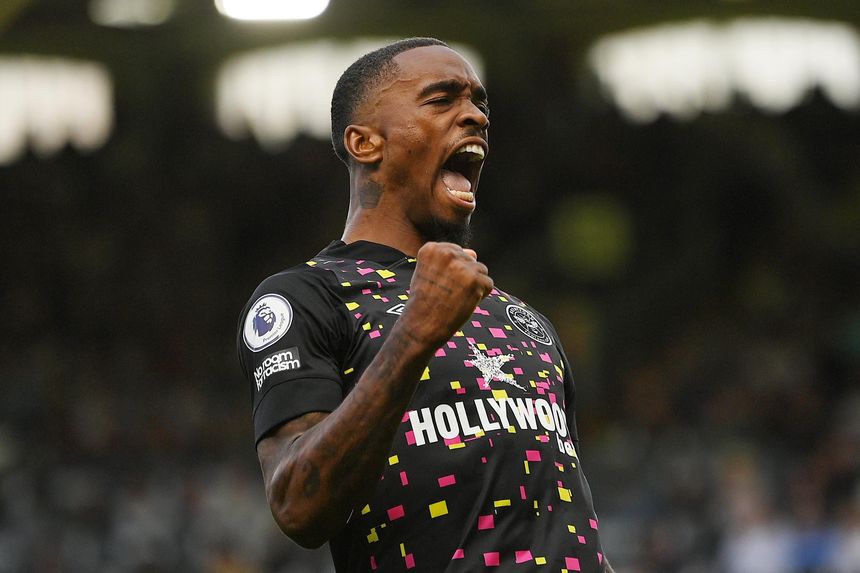 A goal and two bonus points helped Ivan Toney (£7.1m) to the top of the Fantasy Premier League player standings.

Ivan Toney (£7.1m) scored his second goal of the campaign to earn a share of the bonus points for the third successive match. Five of Brentford’s next six opponents are rated at just two in the FDR 👀#FPL #FULBRE pic.twitter.com/kzWA9mbZPA

Toney, Arsenal winger Gabriel Martinelli (£6.3m) and Leicester City’s James Maddison (£8.0m) are the only players to deliver attacking returns in each of the opening three Gameweeks.

According to the Fixture Difficulty Ratings (FDR), each of Brentford's next four matches score only two.

Centre-back Saliba combined a goal and clean sheet for 14 points, while Odegaard scored twice to claim a 16-point haul.

🚀 The goal
😱 The reaction

Having climbed to the top of the defender standings, on 21 points, interest in the cut-price Saliba has soared in the last 24 hours.

He is the second most-bought player in his position for Gameweek 4, earning 51,000+ new owners ahead of a home match against Fulham.

Four of Arsenal’s next five matches score only two in the FDR, lifting the appeal of their key players at both ends of the pitch.

Wilfried Zaha (£7.0m) delivered his best score of the season to move one point behind Martinelli and Rodrigo (£6.2m) at the top of the midfield standings.

The Crystal Palace winger scored twice in a 3-1 win over Aston Villa, taking his tally to three goals and 19 points in his last two outings.

However, the Eagles’ visit to Manchester City next weekend deters immediate investment before their schedule turns kinder in Gameweek 5.

Ivan Perisic (£5.4m) rewarded the patience of Fantasy managers with his season-high score.

The wing-back is the second most-sold defender this term, moved on by 674,000 after failing to start either of Tottenham Hotspur’s first two fixtures.

But he thrived on his full debut against Wolverhampton Wanderers, producing an assist, a clean sheet and 12 points in a 1-0 win.

Perisic’s impact and favourable short-term schedule have made him a top target for Gameweek 4.

He is the most-bought player in the Gameweek, earning 74,000+ new owners ahead of Spurs playing two promoted clubs in their next three matches.