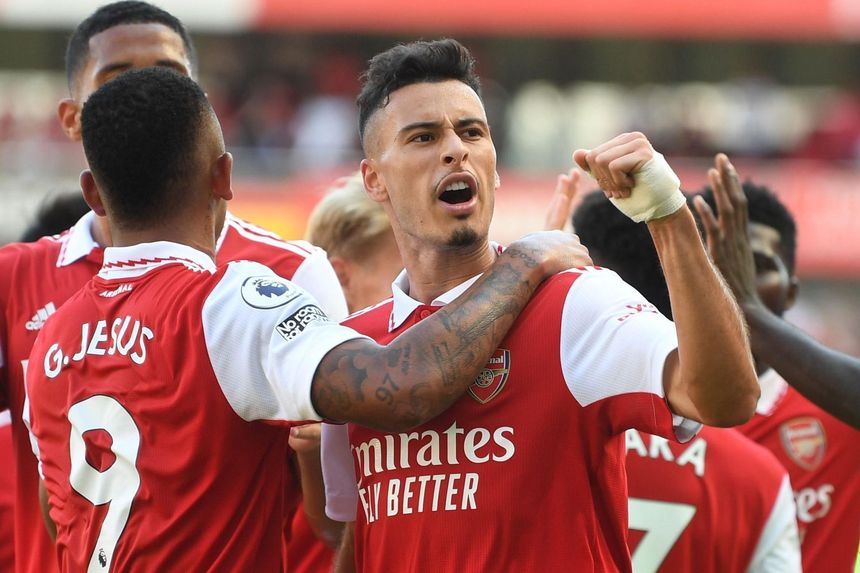 A second goal in as many Gameweeks has made Gabriel Martinelli (£6.2m) the early top target for managers in Gameweek 3 of Fantasy Premier League.

Arsenal’s Brazilian has earned 278,000+ transfers in after scoring and earning eight points in a 4-2 win over Leicester City.

Most transfers in for GW3

His team-mate Gabriel Jesus (£8.0m), meanwhile, is currently the top-scoring player in the Gameweek.

The forward produced 19 points thanks to two goals and two assists, severely punishing the 401,000 managers who had swapped him out after Gameweek 1.

Arsenal’s upcoming matches give their key players the opportunity to bring in more returns, starting at AFC Bournemouth in Gameweek 3.

Haaland was the most-bought player for Gameweek 2, transferred in by 1.19 million managers for his home debut. He was also the most-captained, handed the armband by more than three million.

But while Haaland managed an assist and five points in the 4-0 win, De Bruyne amassed 14 points thanks to a goal, an assist and the maximum three bonus points.

Their short-term schedule suggests the Belgian can continue to be a strong armband differential, with three of Man City’s next four matches scoring only two in the FDR.

Man City are one of only two sides to keep a clean sheet in both of their opening matches so far, the other being Newcastle United.

Newcastle's goalless draw at Brighton & Hove Albion has lifted the popularity of their backline, with Fabian Schar (£4.6m) and Kieran Trippier (£5.0m) among the four most-bought defenders for the Gameweek.

However, Newcastle are set to embark on a very tough short-term schedule which includes meetings with Man City and Liverpool in their next three matches.

That indicates managers can afford to be patient, waiting for their fixtures to improve in Gameweek 6.

Brentford, on the other hand, have the form and fixtures to immediately reward investors after their 4-0 win over Manchester United.

Josh Dasilva (£4.6m) and Ivan Toney (£7.0m) have both produced attacking returns in each of the first two Gameweeks.

Each of Brentford's next five matches score only two in the FDR, lifting the appeal of Dasilva as the go-to budget midfielder in Fantasy.

The Spaniard has three goals for the season and could be handed a role up front if Patrick Bamford (£7.5m) fails to recover from the injury that forced him off against Saints.

The Leeds forward is now top of the #FPL player standings 🔝 pic.twitter.com/LkRveRjcXc