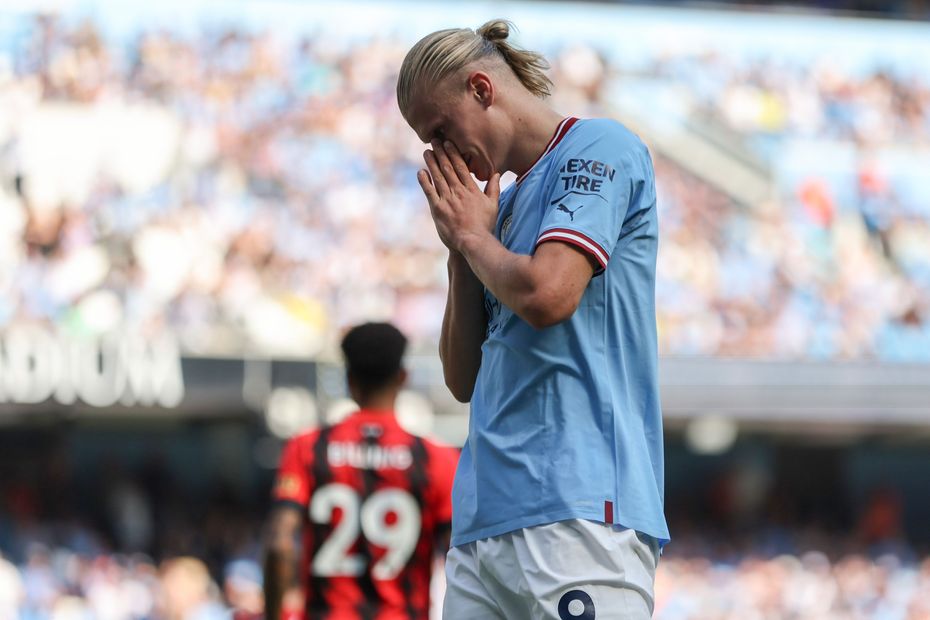 Managers who backed Erling Haaland (£11.6m) in Fantasy Premier League will be frustrated after the Manchester City forward managed only an assist in his side's 4-0 home win over AFC Bournemouth.

More than three million managers backed Haaland with the captain's armband, ending Mohamed Salah's (£13.0m) run of 32 consecutive Gameweeks as the most-popular choice. Of those, 213,000 took the extra step of Triple-Captaining the Norwegian.

When Man City beat West Ham United 2-0 in Gameweek 1, Haaland scored both goals, so his backers would have expected plenty of points from Saturday's 4-0 victory.

Things started well as Haaland set up the opening goal for Ilkay Gundogan (£7.5m) but he played no part in his side's other goals.

It will feel like an annoyingly familiar story for the host of managers who moved for Haaland in place of Tottenham Hotspur forward Harry Kane (£11.4m), who blanked in Gameweek 1 but bounced back to score a stoppage-time equaliser at Chelsea to return eight points.

To further rub it in, that Kane goal was assisted by the second-most transferred-out player for Gameweek 2, Ivan Perisic (£5.4m).

In contrast to Haaland, the third most-popular captain Gabriel Jesus (£8.0m) was involved in every one of his side's four goals as Arsenal beat Leicester City 4-2.

The Brazilian provided two goals and two assists, racking up a massive 38 points with the armband.

The 401,000 managers who got rid of Jesus after his Gameweek 1 blank, making him the third most-sold player, will be cursing their hastiness.

Salah could also punish those who have looked elsewhere for a big haul when Liverpool host Crystal Palace on Monday.

This is the first time since Gameweek 7 last season that the Egyptian has not occupied top spot in the captaincy stakes, and on that occasion he produced a 13-point return.

Meanwhile, he has produced an attacking return in each of his last seven appearances against Palace, averaging 10.9 points per match.

It has been a disappointing weekend in general for the most-popular FPL signings.

Oleksandr Zinchenko (£5.1m) went into Gameweek 2 on the back of a 12-point haul against Palace, but he could only manage one point against Leicester.

Aleksandar Mitrovic (£6.6m) scored twice against Liverpool in the opening round of matches, including a penalty.

But he then missed a spot-kick and received a yellow card as Fulham drew 0-0 with Wolverhampton Wanderers, ending up with a score of minus one.