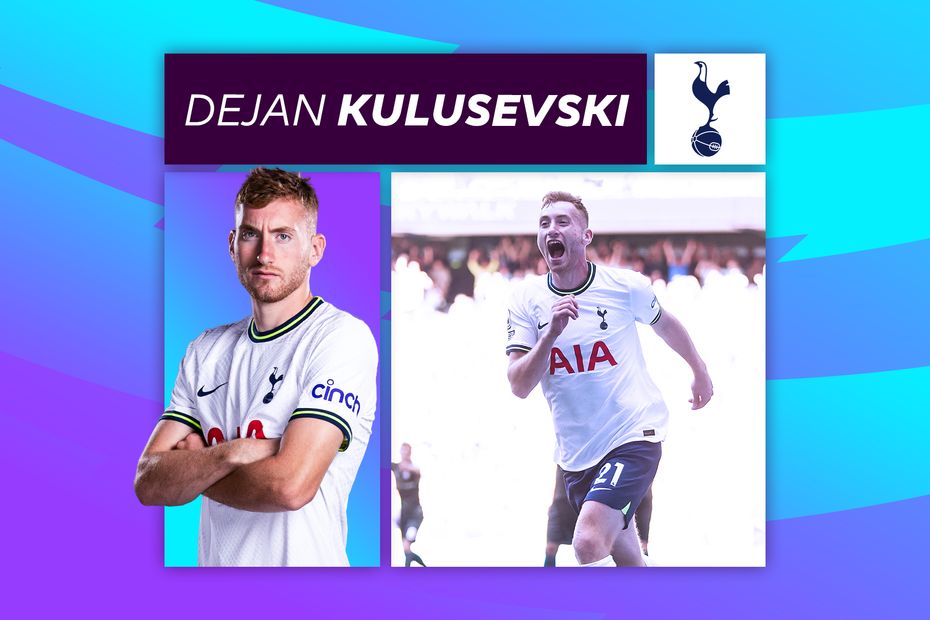 Antonio Conte’s Tottenham Hotspur is the perfect fit for Kulusevski.

The Sweden winger has been a revelation at Spurs since joining on an 18-month loan deal from Juventus.

Hardworking, talented, and efficient, the 22-year-old’s end product has been truly outstanding since he began working with Conte.

A sparkling individual display against Southampton on the opening weekend, when he delivered a goal and an assist, served as an early reminder of his qualities.

For good reason, Chelsea will be just as wary of Kulusevski’s threat as they are of Harry Kane and Son Heung-min.

Only one Premier League player has ever produced 10 assists in their first 20 matches in the competition and that was Blackburn Rovers winger Brett Emerton in 2003/04.

Kulusevski has nine in 19 appearances for Spurs, so an assist at Stamford Bridge this Sunday would give him a share of that record.

Cutting in from the right on to his preferred left foot, he is consistently accurate with his passing and crossing.

In the 4-1 win over Southampton, his in-swinging far-post cross for Ryan Sessegnon to head home was sublime.

No player in the division has made more than his nine goals since his first Premier League outing in February.

Most assists since Kulusevski's debut

Kulusevski scored his first goal of 2022/23, with a precise left-foot shot into the far corner against Southampton.

He was picked out inside the area by wing-back Emerson Royal, who linked superbly with the Swede throughout.

Together they shared 20 passes, and if their chemistry is as fluid at Chelsea, Blues’ new boys Kalidou Koulibaly and Marc Cucurella may experience testing home debuts down that side of the pitch.

They are two excellent defensive players, so it may not be easy for Kulusevski to pop up unmarked inside the area at Stamford Bridge.

If he does receive the ball, defenders must try and show him onto his right foot.

All six of Kulusevski’s top-flight goals have been with his left, with only Son and Mohamed Salah netting more left-footed goals since he arrived at Spurs.

Most left-footed goals since Kulusevski's debut

Conte demands hard work from all his outfield players, and in that respect Kulusevski is the type of player that fits well with the Italian’s methods.

He will press and track back with diligence, and within their favoured 3-4-3 formation, he is very comfortable occupying half-spaces infield, that allow Spurs’ wing-backs to enjoy additional space.

Kane and Son have long been regarded as Spurs’ most dangerous players, but Kulusevski’s output and performance levels have put him in the same bracket as that star duo.

Kulusevski completes Conte’s front-three jigsaw, which has to be considered one of the strongest in European football at the moment.