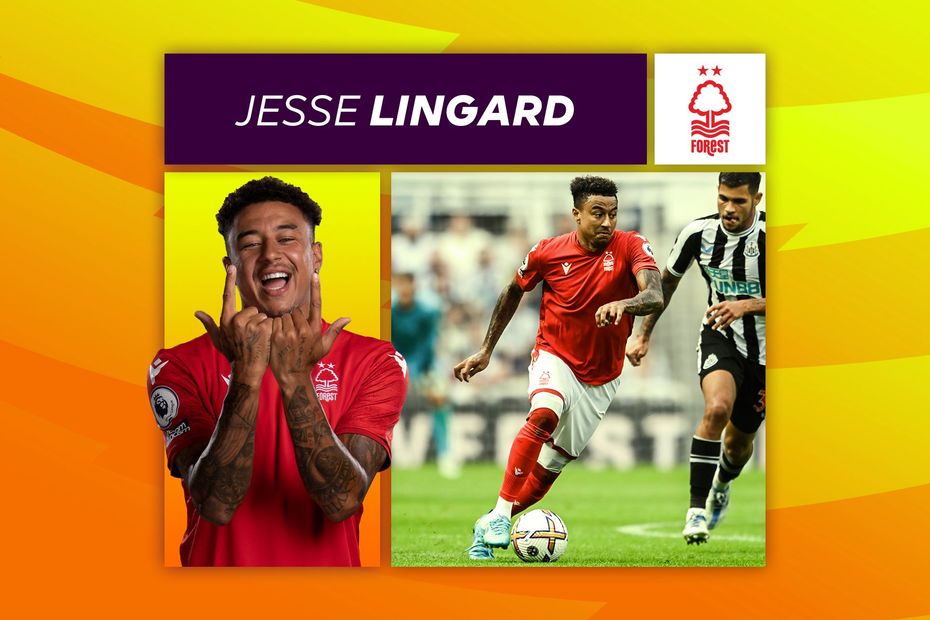 After a quiet debut for Nottingham Forest last weekend, the stage is set for Lingard to make a big impression against former loan club West Ham United on Sunday.

The 29-year-old enjoyed a superb spell under David Moyes in 2020/21, scoring nine goals and producing four assists in an uplifting campaign that saw him earn a recall to the England squad.

With the City Ground hosting a top-flight match for the first time since 1999, the stadium will be rocking when they host the Hammers.

And the effervescent Lingard is likely to enjoy that type of occasion and atmosphere.

Steve Cooper’s side did not pass the ball well enough in their 2-0 defeat at Newcastle United, registering a pass accuracy of just 70.4 per cent.

West Ham are unlikely to press Forest with the same level of intensity, so they may find it easier to move the ball between the lines in this encounter.

To extract the best from Lingard, he will certainly need better quality service.

The former Manchester United midfielder had only 39 touches at St James’ Park, with six of those inside the final third.

It is little wonder he had just one blocked shot, and a single key pass to his name.

Cooper is a big fan of the 3-4-1-2 system, and his intention is to deploy Lingard in the hole behind two main strikers.

Against Newcastle the Welshman altered that to a 3-4-2-1 in the second half, using Lingard to the left of centre, with Brennan Johnson to the right.

This change effectively gave Forest a box-like four-man central midfield which allowed them to gain more possession and control.

We may see a repeat of this against West Ham, as the hosts look to gain a foothold in front of their own supporters.

We may have only seen Lingard for 356 minutes of Premier League action in a Man Utd shirt last season, but his record the year before was outstanding.

Adding speed and vibrancy to West Ham’s attack, he was a revelation in terms of end product.

Taking an average of only 110 minutes to supply a direct goal involvement, he ranked fifth in the top flight ahead of players that include Mohamed Salah and Kevin De Bruyne.

The pace, ball-carrying ability, tenacity and invention of Lingard and Johnson make them ideally suited to the style of play Cooper has developed.

On the counter, they could prove to be a dual threat to West Ham, and when Forest do have spells of possession, the duo are good enough to impact the match.

Given his pedigree and suitability to the way Forest play, it should not take too long for Lingard to find his feet at the City Ground.