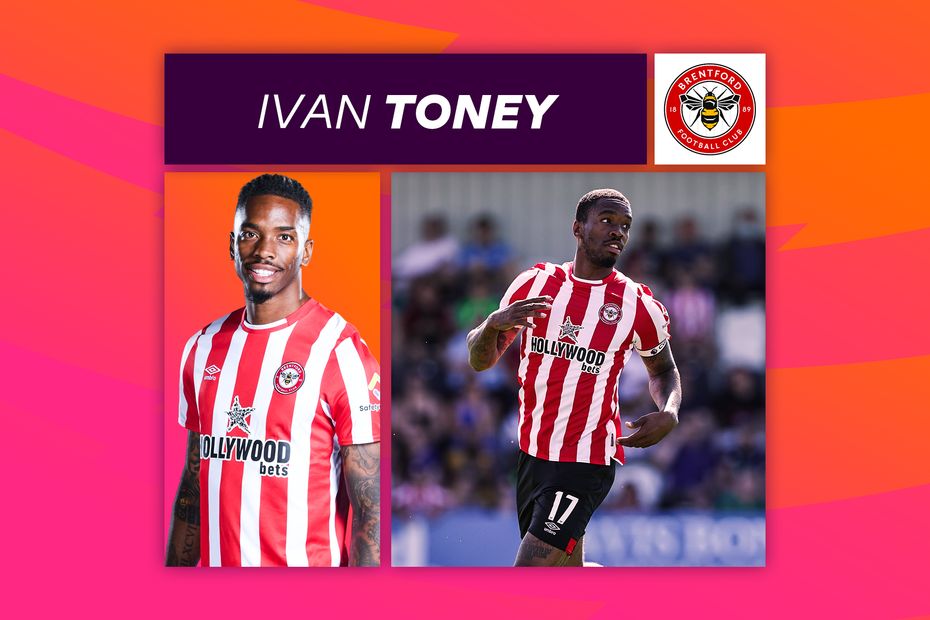 Brentford head coach Thomas Frank was lauded for his five bold second-half substitutions in Sunday’s 2-2 comeback draw at Leicester City – but one player he never takes off is striker Toney.

In 33 Premier League starts for Brentford, Toney has never been substituted.

This is a sure-fire sign of his tremendous value to the side and their tactical approach.

The 26-year-old got off the mark with a goal against Leicester and will relish the prospect of unsettling a Manchester United defence that struggled against Brighton & Hove Albion on the opening weekend.

All 13 of Toney’s top-flight goals have been scored from inside the penalty area.

He is a natural finisher, using his physical strength to outmuscle defenders in duels within the box, while also relying on his natural instincts to know where loose balls will fall.

The ex-Peterborough United forward scored in the 3-1 home loss against Man Utd last season, firing home from inside the six-yard box following a long throw.

Providing the Bees can apply enough pressure this weekend and put quality balls into the danger zone, Toney will fancy himself against defenders such as Lisandro Martinez and Harry Maguire.

Non-top-six forwards with most shots

If you exclude forwards who represent last season's top six clubs, no Premier League striker had more attempts from inside the box than Toney last term.

As we saw last weekend when he backed into a Leicester's Daniel Amartey from a Rico Henry pass to score from eight yards, Toney is lethal from close range.

Toney’s goals and assists provide value to Frank’s side, but his style of play is also integral to Brentford’s philosophy.

While they will often look to play out from the back, the Bees are also able to gain territory very quickly thanks to their centre-forward’s hold-up play.

For example, goalkeeper David Raya found Toney with seven passes against Leicester, the highest number by any team-mate to him during the 90 minutes.

United’s defenders must ready themselves for long passes being aimed in their direction.

When Raya aims for Toney, he is excellent at flicking the ball on for Bryan Mbeumo and Yoane Wissa, or controlling it to bring midfielders into play.

In general play, the striker also tracks back diligently to apply pressure to opposition midfielders.

The likes of Fred, Scott McTominay and Christian Eriksen may find themselves having to hold off the physical attentions of Toney, who made six ball recoveries inside his own half at King Power Stadium.

On and off the ball Toney is a handful at Premier League level, so Erik ten Hag’s men will need to prepare for a combative 90 minutes in west London.

If the visitors show any signs of weakness, Toney is good enough to make them pay.