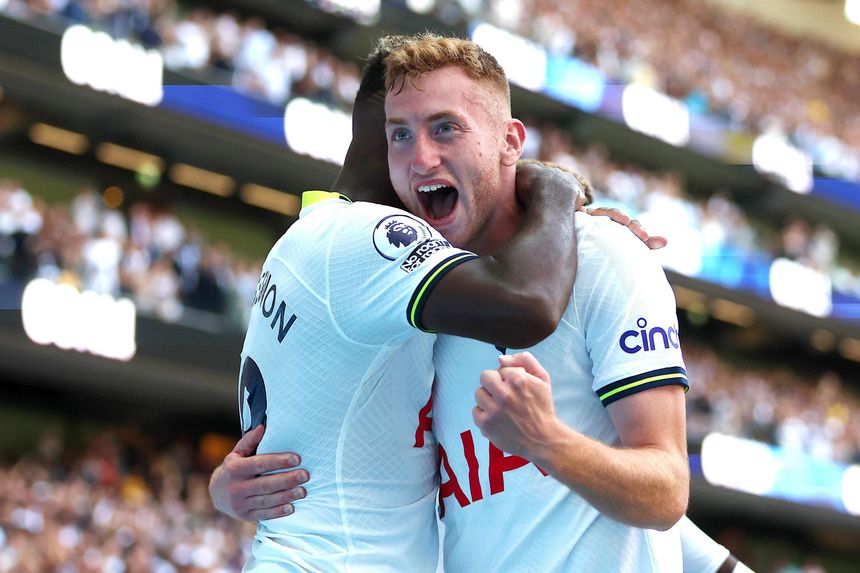 Antonio’s verdict on Southampton: “I’ve seen a lot of positives” External Link
The advantages of starting FPL in Gameweek 2
Why you should play FPL in 2022/23

Dejan Kulusevski (£8.0m) was one of the stars of the first Saturday of 2022/23 Fantasy Premier League.

Kulusevski was owned by under seven per cent of managers in Gameweek 1, compared with more than 28 and 24 per cent respectively for Kane and Son, but returned 13 points, the most of any FPL midfielder so far.

Since making his Spurs debut in Gameweek 25 last season, the Swede has produced 10 assists, more than any other player in Fantasy.

He is now the second most-bought midfielder for Gameweek 2, earning 55,000+ new owners for Spurs’ trip to Chelsea. Only Gabriel Martinelli (£6.0m) has received more transfers in.

Ben Chilwell (£6.0m) emerged as Chelsea’s top-scoring defender in a 1-0 win at Everton.

Owned by just 3.7 per cent, Chilwell was overlooked due to the popularity of his fellow wing-back Reece James (£6.0m), who is selected by 40 per cent.

Yet he outscored James by nine points to seven, with his assist and clean sheet highlighting his impact at both ends of the pitch.

Each of them were owned by no more than two per cent of managers.

However, it was Newcastle United’s Fabian Schar (£4.5m) who was the day’s best differential thanks to his display at home to Nottingham Forest.

He is the leading scorer in Gameweek 1 with 15 points, producing a goal, a clean sheet and the maximum three bonus points in a 2-0 win.

Schar, who can be found in under one cent of squads, has amassed 103 points since Eddie Howe took charge in Gameweek 12 last term, a team-leading total.

Mohamed Salah (£13.0m) reminded managers why he is the most-expensive player in 2022/23 with yet another devastating haul.

Liverpool's Egyptian recorded 12 points in Liverpool's 2-2 draw at Fulham thanks to a goal and an assist.

Salah was not the only attacker to impress at Craven Cottage, though, with Aleksandar Mitrovic (£6.5m) and Darwin Nunez (£9.0m) both emerging as top targets for managers.

Fulham forward Mitrovic scored twice to collect 13 points, while Liverpool’s summer signing came off the bench to produce a goal and an assist.

They are both among the four most-bought players in the Gameweek.

Mitrovic has earned 127,000+ new owners for Fulham's trip to Wolves, while more than 62,000 have rushed to Nunez ahead of Liverpool's home encounter with Crystal Palace.